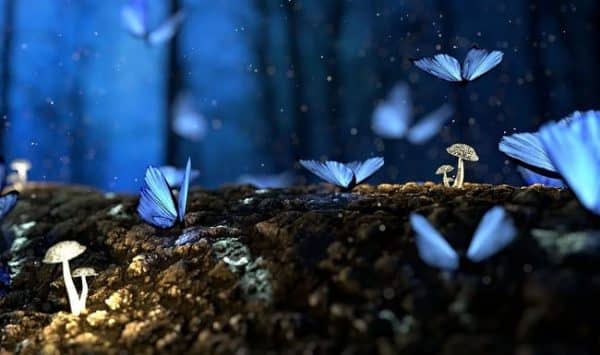 There are some seriously fascinating facts about dreams that most people never knew.

Dreams entail unrealistic experiences which are less likely to happen in real life. Besides being intimidating, dreams can be funny, thrilling and mysterious. This very shadowy nature of dreams compels us to learn more about them.

It is fair to say that dreams are a part of our sleep and cannot be counted as a disorder. While we seldom remember our dreams, it is quite hard to believe that we spend one-third of our lives dreaming. Various superstitions have made their way to this sector of our lives making us believe in bizarre theories. Of late, various research has been done in this area and some fascinating facts about dreams have come to light.

During the primitive times of 3100 BC, when Mesopotamian civilization emerged, dreams played an extraordinary role in guiding the real-life actions thanks to people’s beliefs that they were a sign from God [1]. In the Roman era, dreams were held in high regard and duly scrutinized to ramify their implication. So much so that dream analyzers were also made to accompany military leaders in battles and campaigns.

Even though such superstitions have long died, our inquisitiveness has not. We still tend to collect as much information as possible regarding all types of dreams- peculiar, funny, sexy, or nightmares.

Below are some facts about dreams which might satisfy your quest for the truth about the origin and interpretation of the dreams.

Here are 10 fascinating facts about dreams

Even in the world of equality, men and women dream differently in various aspects. As far as sexual dreams are concerned, men dream about being intimate with multiple partners two times more than women do. Combatting this, women have sexual dreams involving public figures twice as much as men. Women are quite unfortunate in the nightmare aspect of dreaming as they happen to be victims of such outlandish dreams more often than men.

Another strange difference is gender equality in the dream itself. Men have a tendency to dream about other men whereas women do not have any such partialities. 70% of the characters in a man’s dream are men, while women have an equal number of both the genders. Furthermore, men have a habit of showing more aggressive and uncompromising emotions in their dreams, unlike women. So, there exists substantial inequality between the dreams of males and females.

Precognition is a term used for future sight wherein one attains such information about the future, which otherwise cannot be construed from the present scenario and sense-based knowledge. Precognitive dreams might sound like an inexistent theory to a few of us, but to our surprise, 18%-38% of the people have, at least once in their lives, experienced a precognitive dream. On the other hand, 70% have undergone the feeling of déjà vu. It is a sense of reliving a past moment. Also, 63% to 98% believe in the likelihood of precognitive dreams.

We presume that all of us have similar dreams, at least in terms of color, but studies show otherwise. Researches show that around 12% of people do not dream in color while the remaining have completely colored dreams. According to the findings from 1915 to 1950s, most of the dreams were in black and white. Following this period, the results were different. It is believed that this change is not a mystic one as it is a potential consequence of change from black and white to colored TV. It is likely due to this reason that amongst all the under 25 years old, only 4.4% tend to dream in black and white.

Body paralysis during dreaming is one of the most talked-about aspects of dreaming. Rapid Eye Movement (REM) seems like a rare concept but is actually quite a common one. It is a stage of sleep wherein we tend to move our eyes rapidly. This could be caused by nervousness or anxiety that we are experiencing in the dream. 20-25% of the time, adult humans are in the effect of REM sleep, constituting 90-120 minutes of their sleeping time.

When under such effect, our body is paralyzed by our brain in order to prevent the dream from causing any physical movement of the body. Instigations from the dream can cause such movements. Sometimes, such paralysis might even last after normal sleep. Even though it seems like a condition, it is not and is based on normal body mechanisms.

While all dreams come across as odd and no comparison can be made between them, there are some dreams which repeat themselves. Such dreams contain certain experiences that keep on recurring. One of the most common dreams is the one involving falling from a height, which is a common dream about dying. This dream doesn’t only victimize a person repeatedly but is also shared by a colossal number of individuals. After experiencing such a dream, our muscles tend to react instantly, thus taking us out of the dream.

Another common dream is being naked in public. When we dream, the part of the brain responsible for driving sense is at rest. Thus, we are inclined towards having such delusions. One of the most common dreams is the sight of snakes in dreams. Many people have encountered this vision and have been scared by the vicious snakes. Various theories are surrounding ‘why we have such visions,’ but facts are still to be unfolded.

We come across hundreds and thousands of faces in our lives. We might not remember or recall them daily, but our brain stocks their memory. When we dream, only those faces appear which we have seen in our lives, at least once. So, whenever we dream, we might feel the presence of an unknown individual but the reality is that at some instances of our lives, we have seen that person. Only acquaint faces make their way to our dreams. The mind molds certain details and presents us with fresh new stories.

7. We occasionally remember our dreams

As per studies, we forget about 90-95% of our dreams. The strangest facet to this is our inability even to remember if we had had a dream. It is because of this characteristic of our dreams that we tend to assume that we do not dream that often. We dream at least 4-5 times every time we sleep. Studies have shown that everyone dreams and those who don’t might be suffering from a psychological disorder.

8. Snoring and dreaming do not go hand in hand

Another quirky fact about dreaming is that if you are snoring, there is no chance that you can be dreaming alongside. This detail of dreams is quite popular across the internet, but its authenticity is still being tested. Nevertheless, we can say that dreaming has several weird factors to itself which are hard to find logical reasoning for.

9. It is not possible to read while dreaming

This trait of dreams can be observed only by lucid dreamers. Since the vast majority of people tend to have vague and confusing dreams, it is quite hard to test this fact. But all those who have a vivid vision in their dreams have claimed this interesting information. One cannot read anything while dreaming.

If you recall all the peculiar dreams that have made a home in your mind, you will observe that you are never reading while being in the dream. You can check whether or not you are in a dream by trying to read something. According to researches, you are less likely to succeed in that.

Another aspect that seizes attention is that we are unable to tell the time when we dream. If there is a clock in your dream and you happen to be a lucid dreamer, you might as well check the time. Studies show that determining time is difficult as every time one looks at the clock, noticeably different time is shown. In addition to this, the hands on the clock seem to be stuck which adds to the eeriness of all the elements involves in a dream.

The privilege or the misfortune of dreams is not only limited to us, humans. From the above facts, it is quite clear that dreams have no room for prudence or sensibility. Our adorable pets have their share of spooky and thrilling dreams too. If closely observed, we might notice that our cats and dogs sometimes tend to move their paws either with excitement or as if they are falling from a height when asleep. They even make noises at times when sleeping which implies that they are the victims of such bizarre dreams too.

Thus, dreams can be fascinating and frightening at the same time. Inspired from the past era, even these days, various rumors are surrounding the dreams. Even though dreams do symbolize different fragments of real life but they are always backed up by scientific logic. In order to hunt answers for various queries regarding the dream world, various studies continue to carry out researches. Hopefully, we will soon find out the purpose of our dreams and put this search to rest.

What do you think about these facts about dreams?