Everywhere you look you see slave to society.

Every day we walk through a world that some believe to be physical, but which others know to be pure energy.

We’re surrounded by events and people that some consider mundane, but which others know are mystical wonders.

Unenlightened people have yet to discover the true importance of spirituality. They view the world as nothing but material matter. The enlightened know that this world, this reality, is a haven of spiritual mysticism.

Our life and our mentality are led in two polarising directions. Either we see nothing as a miracle, or everything as a miracle.  And sadly, it’s a world where the majority of people are slaves to society, people who only see the pay check, the job title, and the physical body.

If you accept these occurrences as simply “The way things are,” then you may be a slave to society. And you might like to consdier becoming a free spirited person.

16 Signs you’re a slave to society

1: Paying taxes to people you detest:

This is perhaps the number one clue that you’re a slave to society. The traditional view of slavery is one of people wearing shackles and working plantations for no profit. Modern slavery is different. Modern slavery has slaves earning their living only to pay a large part of it to people they cannot stand, people who then spend that money to pay for war.

The whole world is corrupt. And we all pay for it.

2:  You’re vaccinated against illness but get ill anyway

Modern medical care is sick care. We’re made to pay towards hospital so we can be treated when we’re ill. But why do we get ill? Because the powers that be fill our food with toxins. We’re vaccinated against illnesses, but the vaccines cause worse illnesses than they prevent. It’s not healthcare for health. It’s healthcare for profit. And every year, slaves to society still get their vaccinations.

3: You argue over political sides and vote for one of them, even though you don’t trust any of them

This is a universal truth between all countries. We vote for political parties who are meant to represent us. But we don’t truly agree with or support any of them. When we pick a political side we’re picking between the better of two evils. Even the party we vote for we don’t consider to do a good, or even adequate, job, but we vote for them because it’s them or nobody.

4: You spend half your life doing a job you don’t care about

You have one life. You have roughly eighty years, on average, and then that’s it, you’re done. But most people spend half of those eighty years working a job they straight up hate for a boss they would rather see in jail. And what thanks do you get for it? The average person gets enough money to survive, enough money to guarantee they can make it to work the next day, and that is it.

A better idea is to stop working hard and do your passion instead.

5: You’re obsessed with material objects that mean nothing to you

We’re made to believe that we need to buy certain new goods and products because they’re the in-thing. We buy the latest fashion items, the latest fragrances, cars, big screen TVs. And the main reason we buy them is because we’ve been told to buy them. And when we can’t afford them we’re set on a loan for life.

6: You watch celebrities on TV and act as though you know them personally

You go out. You meet real people. And then you speak to those real people about fake people you saw on TV. Even worse, you model yourself on those same fake people. You wear your hair a certain way, you talk a certain way, you buy certain clothes, because certain fake people in the land of TV have told you that that’s what you should wear. You then compare yourself to those fake people on TV and feel inferior because you’re not as rich, good looking, or successful. And it never crosses your mind that you earned the success you have where 90% of celebrities either inherited it or got it immorally.

This is why you should seriously consider the benefits of giving up TV.

7:  You’re cool with the fact that everything you do is being monitored

You’re being watched right now. Your online activity is closely monitored. The government knows precisely what you’re doing. They’re listening to your conversations. They’re making sure that you’re a well behaved slave to society. And if you think for one seconds that there is nothing that you do that would offend the powers that be, you’re openly admitting that you’re living your life in order to appease those powers. In that case, you’re already a self made slave to society.

Whether you’re drinking fluoride in water or you’re ingesting poisons like Aspartame and MSG, you’re knowingly killing yourself, and why? Because you’ve been told that those specific poisons are fine to take, while other poisons (which often aren’t as bad) as illegalised.

9: You think the internet was created for you when it’s really a means to spy on you

Obviously there are some enlightened spiritual bloggers who use the internet positively (hi). But it still overall does more damage than good.

10: You depend on the pharmaceutical industry and media to inform you about health

You watch TV. You read the paper. You know the latest health products. And you take them because you’ve been told that those products will make you healthy. But in reality those products exist purely as a way to make pharmaceutical industries money. The majority of products on the shelves cause far more illnesses than they prevent. But you take them anyway because you’re a slave to society.

11: You get your view of the world from TV news

You believe that you have to watch the TV to keep up with what’s going on in the world. You believe that your local TV station will tell you everything you need to know about the world. And at no point does it occur to you that what really matters is what happens out in the real world, away from TV. Nor does it occur to you that those TV stations are showing you whatever news they need to show you to backup their agenda.

12: You cheer a sports team as though they were your own family

13: You think that this material world is reality, and are blind to the spiritual plain

You believe that your nine to five job, your material possessions, and your title are what really matter. At no point does it occur to you that all of this materialism is smoke and mirrors designed to distract you from realising that all of reality is spiritual.

Some meditation techniques like Maum are specifically designed to shatter the illusion of the fake world.

If the above points hold true for you, you’re a slave to society. Take it open yourself today to liberate yourself from society’s grasp. Step outside your manmade prison and bask in the fullness of the spiritual existence. The gate is open always. Take the step. It’s time. 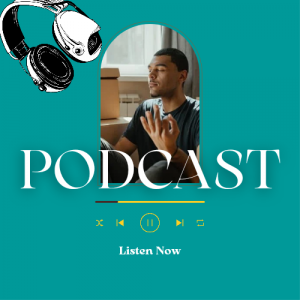 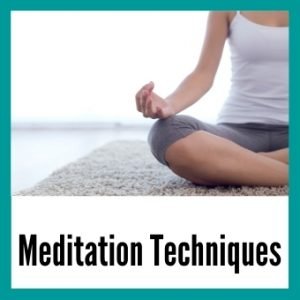