Big picture thinkers are innovative, perceptive, and creative. They’re the ones who create the biggest changes in society biggest they are the ones who see how things can change.

“Scientists estimate that only 25% of the world’s population are big thinker. Everyone else is more logical and down to Earth, with a narrow perspective on life. ”

But being a big picture thinker comes with its share of complications.

If you’ve experienced the struggles below, chances are you yourself are a big picture thinker.

The 20 Struggles All Big PictureThinkers Face

1. Details are an annoying burden interfering with your master plan

You have visions to change the world, but you wish you didn’t have to dot every “I” and cross every “T”.

To you, the details are an annoyance and a bother.

Your big picture thinker brain just wants to create amazing innovations without actually hammering a nail into the wall.

You don’t understand why people talk about the weather and other trivialities. You want to dig deep into their subconscious minds.

You want to talk about ways to change lives and revolutionise society. Because you’re such a big picture thinker you can’t handle it when everyone talks about trivial matters.

But what the hell does “realism” have to do with life?

Life’s for vision and passion, not for “realism”.

You don’t have time for these small-minded folk who live between pay checks and don’t dare to dream.

4. Your dreams are often whole movies

You don’t so much dream as create whole universes in your head while you’re asleep.

When you wake up and remember your dream it’s often as though the dream was more real than real life.

But hey, your daydreams say a lot about you, so this is a good thing.

5. Simple instructions are the hardest things

You’re given instructions to bake a really simple cake. But you don’t follow them. Instead you end up going off on a mad tangent and inventing a whole new way to eat.

Some people love furniture from Ikea because it is so simple t put together. But that’s the thing you hate most about it.

6. Big picture thinkers bite off more than they can chew

You’re so focused on reaching Z that you forget all about a, b, c and the rest.

Remember, while your dreams are worth more than gold, you need a plan to actually make them happy.

You need to change your mindset for success, because your dreams will only come true when you actually put two and two together (and no, the answer isn’t 5).

7. You leave a whirlwind of chaos behind you

You often go hell for leather trying to achieve your grand vision. Then you look behind yourself at all the mess and say, “Huh. Where’d all that lot come from”.

8. You’d rather die than live without imagination 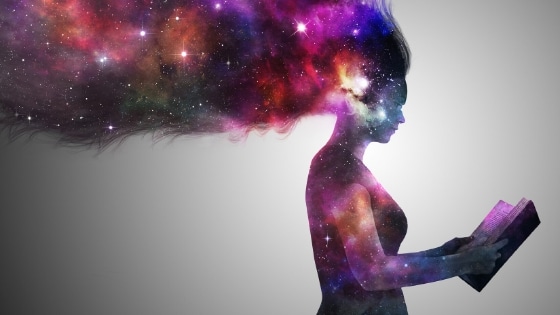 Imagination is worth more than gold to you, because it’s only through your imagination that you can create your lofty visions. You would be dead than live without it. Oh, and while we’re on the subject you can make your imagination even stronger by reading this (click link).

You don’t mind the idea of working in a team. But when you actually try and work with other people your ambitions and ideas get in the way. You end up becoming a team of one even though you had good intentions all along.

Remember, even though you are a visionary genius, other people’s opinions and ideas matter too. And people will love you when you’re able to listen to their ideas as well as creating your own.

10. If there’s no passion, the relationship is dead

Many people seem to get along fine in relationships that have become a little flat.

You see married couples living routine lives all the time.

But you could never live such a mundane existence. Your relationships are about passion and adventure.

You’re far more daring and lofty than the average person.

While other people love hearing about how you’re going to pack in your job to travel the world and discover enlightenment, no one seems willing to come with you.

Fool on them though, because scientific research has proven that working for your passion makes people healthier, happier and more likely to be successful in the long-run (even if there are a lot of hiccoughs along the way).

You can do the hardest things.

If someone told you to build a cathedral with your bear hands, you’d probably be able to do that.

But you couldn’t put an Ikea set together. You’d try, but you’d just get too bored to finish it. You are basically the reason three legged table ever came to exist.

13.When someone tells you “you can’t” it puts a rocket up your butt

You secretly love it when people tell you that you can’t do something.

When you hear those words your guy roars and you turn into a ferocious animal.

I remember when my entire family told me I would not be able to speak at my father’s funeral. They meant it well. They were worried about me. And public speaking isn’t easy at the best of times. But oh boy, when they say I just needed to do it even more, and did—and I am eternally grateful that I did.

[bctt tweet=”Please tell me I can’t do something. I beg you. Tell me I can’t and I will shatter your doubt and show you just how damn awesome I truly am ” username=”t_d_meditation”]

14. People expect you to not do what you said you’d do

You like to say nice things and you like to do nice things. But you rarely do what you said you’d do. That’s because about two and a half minutes after saying something you get a much better idea, and so you do the even better thing instead. Note: This is partly why people don’t know whether to love you or hate you.

There are times when you feel incredibly frustrated with your own mind. It just one stop coming up with ideas. You can’t finish one thing without having ideas about a million other things. Hence why I personally have managed to write about 10 incomplete novels in my career as a writer, and have finished one novel and not getting around to actually selling it. Ha ha (but actually it hurts quite a lot).

People cannot understand why you argue so darned much. But the thing is, you don’t think you’re arguing. You’re actually just having an in depth debate. You don’t know what everyone is so worked up about.

One way to deal with this is to boost your emotional intelligence (EQ) so you’re more aware those times when you’re stressing people out.

This actually makes life impossible, because you rarely see what you already have.

19. If it isn’t virtually impossible, it’s not worth it

You just don’t see the point in even trying anything that is actually possible to do. Instead, you’d rather spend your whole life testing whether it is possible to transform humanity through telepathy (or some other sci-fi / fantasy thing).

You often wonder whether you’re brutally masochistic. That’s because you know for a fact that your life could be a hell of a lot easier. But some part of you is obsessed with challenge.

When you hear a cliché it makes you feel sick in the stomach.

You just can’t understand why some people / artists are so painfully unoriginal. Don’t they have any vision at all, you wonder.

Life as a big thinker. It is painfully beautiful, and beautifully painful.

Big thinkers make the easy impossible and the impossible easy. They live in fantasy land while never understanding why people call them “unrealistic.”