As a meditation teacher and amateur chef, there is nothing I love more than a good mindful cookbook or Buddhist cookbook so I can take my meditation practice to the kitchen.

Mindful cooking combines the two things I love most. Preparing traditional Buddhist food in a mindful way is a treat for both the mind and the taste buds. You get that mindful-creativity in the kitchen while also getting to eat some pretty delicious Buddhist food. That’s why cooking is one of my favorite mindful activities.

In 2020 we are witnessing the explosion in popularity of both mindfulness and Buddhism. As a result we now have all kinds of Buddhist and mindful applications in our daily life, one of the best of which is Mindful Cooking.

Let me share with you the very best mindful cookbooks and Buddhist cookbooks—guaranteed to satisfy both your tongue and your mind. 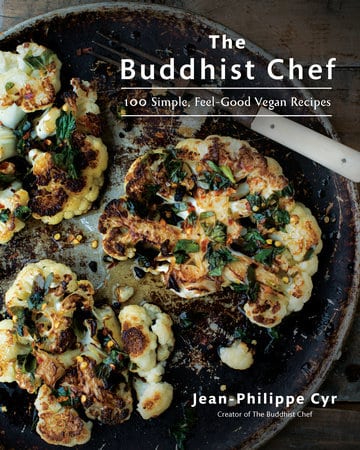 Get it on Amazon

If you want to learn about Buddhist cuisines, the best cookbook is The Buddhist Chef: 100 Simple, Feel-Good Vegan Recipes. (Interestingly, Buddhists do not have to be vegan, although some sutras do advocate it).

Author Jean-Philippe Cyr (whom you might know by the name “The Buddhist Chef”) has been a practicing Buddhist for more than twenty years. In this cookbook she shares one hundred vegan dishes that are great for both established vegans and new ones.  I love the presentation of this book, with its pictures and of course its brilliant Buddhist recipes (the General Tso’s Tofu is particularly delightful!).

As one of the most respectful Buddhist chefs, you know that every recipe Jean-Philippe Cyr puts on the table is going to delight. And they sure do.

2: Finding Yourself in the Kitchen: Kitchen Meditations and Inspired Recipes from a Mindful Cook 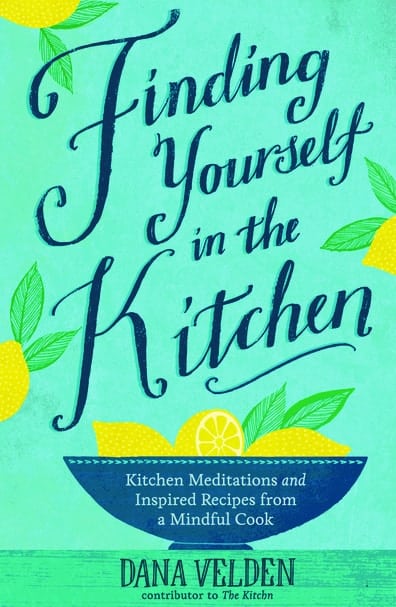 The vast majority of cookbooks teach you about how to cook and share recipes. But it’s rare that a cookbook tells you how to be mindful in the kitchen—which, in my opinion, is precisely what a mindful-cooking book should do.

One book that goes beyond recipes to actually teach you to cook mindfully is Finding Yourself In The Kitchen, by Dana Velden. This book teaches you how to prepare food in the mindful way. There are meditation techniques that you can use in the kitchen, and of course there are recipes.

What makes this one of the best mindful cookbooks is how it takes the general process of cooking and turns it into a mindful exercise. This is truly mindful food! 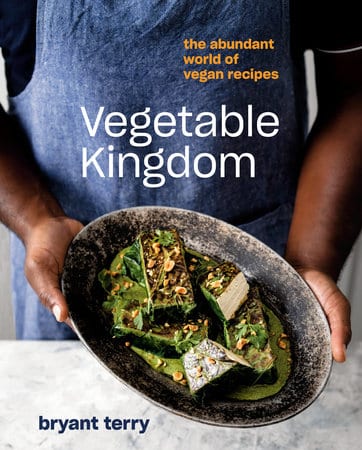 In Vegetable Kingdom, Buddhist and food justice activist Bryant Terry transforms cooking into a much more spiritual experience.  There are 100 excellent vegan and Buddhist recipes in this cookbook. However, what makes it, in my opinion one of the best Buddhist cookbooks is Terry’s genuine passion for vegan and Buddhist food. He truly explains the fundamentals of cooking so you don’t just learn recipes, you learn to appreciate the finer art of cuisine. There are even soundtrack recommendations, so you know what to listen to while you cook. It’s a truly immersive experience.

One of the most essential Buddhist cookbooks is Just Enough: Vegan Recipes and Stories from Japan’s Buddhist Temples. This is for the passionate Buddhist chef.

Author Gesshin Claire Greenwood was ordained as a Buddhist nun in a Japanese Buddhist temple. There, Greenwood learned to cook Buddhist food, using whatever ingredients were on hand to cook up delightful meals. She learned to cook using the philosophy of oryoki, which is a mindful approach to both the preparation and eating of food. Being a traditional Buddhist cookbook, this one is full of traditional recipes, including hot and cold noodles, broths, stews, and sorbets. Greenwood reveals how food is directly related to Zen, and she thoroughly describes the culture and cooking she herself experienced as a Buddhist chef in Japan.

5: In Buddha’s Kitchen: Cooking, Being Cooked, and Other Adventures at a Meditation Center 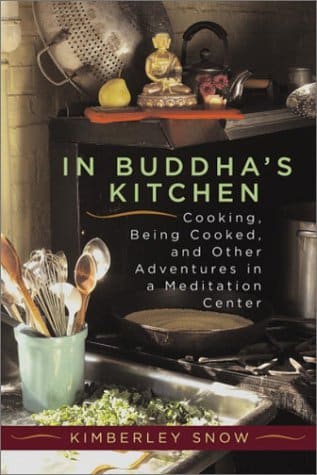 In this utterly unique and hilarious account of her journeys as head cook at a Tibetan Buddhist retreat, author Kimberley Snow reveals how food relates to Buddhist practices, and the art of mindful cooking. This is one of my favorite Buddhist cooking books ever. I just love the way Cow writes. It is so heartfelt and funny. I laughed out loud several times reading it. But of course all that would be for nothing without some serious insight into Buddhist cuisine. And that, this book has in spades.  Although I will say that this is not technically a Buddhist cookbook on account of the fact that it doesn’t actually have any recipes. Rather, it is an insightful personal account of Snow’s adventure. It truly is delightful, though. 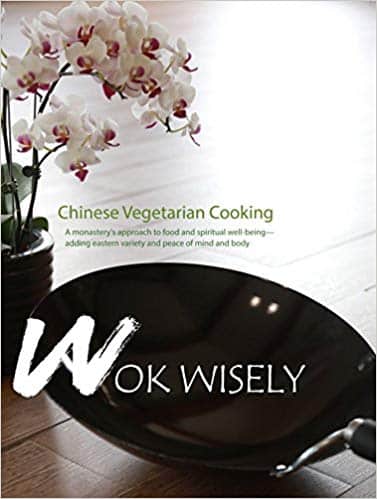 Listen. Let’s be honest about this. “Wok Wisely” is the best title of any cookbook ever. But of course, you can’t judge a book by its cover (or title). Thankfully, this Buddhist cookbook is also full of wonderful insights into mindful cooking and Buddhist cuisines.

What I love most about Wok Wisely is that it isn’t just a mindful cookbook, it is a journey through self discovery. The authors reveal so much about human nature as they show us their favorite recipes. And while there are indeed many recipes in this book, it is the spiritual wisdom that sets it apart.

The Dharma Realm Cookbook Team created this cookbook for a Buddhist monastery. It was subsequently been updated and translated for the Western market by an American Buddhist nun (so yes, there is plenty of Buddhism in this cookbook). It’s also shares the nutritional facts of each meal for anyone who, like me, likes to count their calories and macronutrients.

These Buddhist, mindful cookbooks give you so much more than just recipes. They are full of spiritual insights, personal reflections, and lessons on mindful cooking. They teach us to transform the kitchen into a meditation space, and to discover our inner selves as we prepare delicious food!

If you love other non-meditative forms of mindfulness, read my guide to being mindful without meditating.