Eva recently uploaded a photo of herself doing the yoga pose Headstand (Sirsanana), a modern yoga asana, and some of its variants.

“The world may be upside down, but so am I,” said Longoria, referring the fact that since the global pandemic many people feel like life has been turned upside down, so the view from Headstand matches the global atmosphere.

Like many people during quarantine Eva Longoria has been using the time to focus on fitness, and has been practicing her yoga routine regularly. At the age of 45, American actress, producer, director, activist, and businesswoman shows no struggle as she perfectly performance Sirsanana.

The photo of Eva Longoria, uploaded to Instagram on Saturday, has already received 1,420,572 views from her more than 7.8 million Instagram fans. She wore a maroon sports bra with matching leggings.

At 46, the Desperate Housewives actress has no problems performing the yoga pose Headstand (Sirsanana).

In one smooth move, Longoria raises her legs and extends them up in the air, over her head. She says in headstand posture for a few moments, then brings her feet together and extends her knees out in a diamond shape. 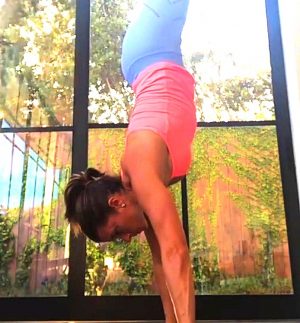 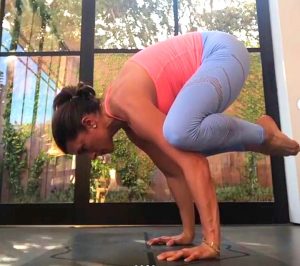 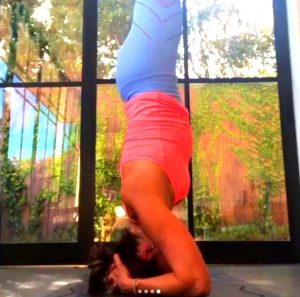 The former NASCAR driver rocked her best baby crow pose (asana) on Instagram. It’s a very difficult yoga pose to pull off, but being an athlete, Patrick had no problem performing the move with ease.

At 38-yeard-old, Danica has already stamped herself into history. She is the most successful female open-wheel racing driver of all time and holds the only win by a woman in an IndyCar race. And she has frequently discussed how she uses yoga to prepare for races and to keep fit in general.

On Sunday, Danica shared a yoga photo with her following of 760,000 on Instagram. Yoga and meditation have been used increasingly in the sporting world over recent years both for the physical fitness benefits they offer and for the mental health aspects, with many athletes saying that yoga and meditation help the handle the pressure of performing on a big stage.

There was no big stage in Danica Patrick’s yoga video on Sunday, though. Just the beautiful woman herself performing Baby Crow Pose at home.