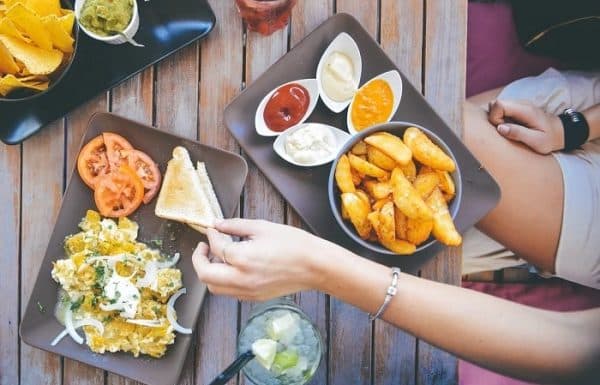 A new study has revealed the staggering impact of mindfulness on eating disorders.

There are more than 30 million people in the U.S who suffer from some form of eating disorder. And every 62 minutes one person dies as a result of it. Indeed, eating disorders have the highest death rate of any mental illness, and effect 13% of women in the U.S.

Mindfulness is a mental state in which the individual focuses on the present moment, without judgment, and while calmly acknowledging their thoughts, feelings, and sensations.  [READ: Getting Into Mindfulness For Beginners].

Over the past few years, significant scientific research has been done to investigate the effect of mindfulness and other meditation techniques on dieting, eating habits, and both weight loss and weight gain [READ: Weight Loss Meditations].

In a study published today on the International Journal of Eating Disorders, Margarita Sala et. al. examined the effect of mindfulness on eating disorders.  In the study, 74 independent samples were used with a multilevel random‐effects model to examine how mindfulness could be used for the treatment of eating disorders.

The results showed a negative association between mindfulness and eating disorder pathology. In particular, mindfulness was shown to have a positive effect on binge eating and emotional eating, as well as body dissatisfaction.

This is as expected. Mindfulness involved the non-judgmental observation of emotions and thoughts. This has been shown to reduce the individual’s reactivity to those thoughts and feelings. By being consciously aware of our emotions we are less effected by them. Therefore, the emotions that trigger a person’s emotional eating disorder are rendered less impactful, essentially helping the individual to control their emotions or, at least, not be controlled by them. The non-judgmental awareness that is promoted in mindfulness also helps to reduce the effects of negative thoughts and feelings about an individual’s body shape or size. Similarly, this reduces the effect that negative thoughts and feelings about the body can have on a person’s eating habits.

The study author’s conclude that there are significant benefits of mindfulness on eating disorders. Although they do note that further research is required to substantiate the findings.

One particularly useful type of mindfulness for eating disorders is Mindful Eating, which is a practice that applies that principles of mindfulness to eating.