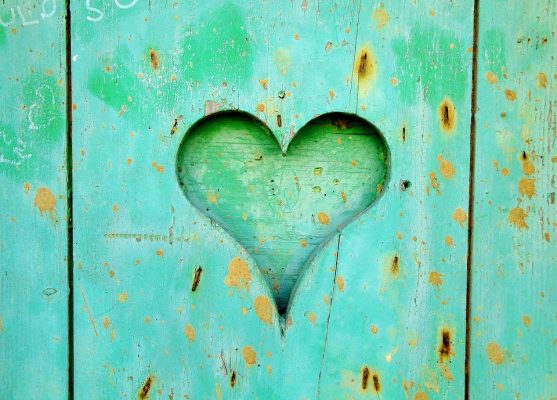 We are very much in new territory when it comes to fully understanding the benefits of CBD and how it might help in the control of various mental health issues that affect people, but that it does have benefits is not in doubt. There is enough documented evidence of people feeling better after taking it to see that it offers relief to those who use it.

The health benefits in regards to cancer and pain management have been known for awhile, and CBD has been known about since 1940, when it was discovered. Its entrance into the field of mental health is newer, but there have already been some exciting studies that hint at the possibilities of the solutions it might offer.

Stress is a huge problem, and something that most people have to deal with at some point in their lives. For some it is an acute condition that passes as situations are resolved, but for others stress can be something that stays with them throughout their lives.

There are things called endocannabinoids that are produced in our bodies which regulate several functions, such as mood, pain sensation, sleep and appetite. These work by affecting serotonin levels, which monitors and regulates stress. By enhancing the effectiveness of these receptors, CBD has been found to help reduce stress.

The current options that a lot of people are offered, such as pharmaceutical solutions, have a long list of side effects, and people report not feeling as aware on them, and occasionally developing other more serious mental issues. Of course CBD has not been looked at in any long term trials, but the reports that have been published suggest that these are not issues that CBD users are experiencing, at least in the short term.

This is great news, and especially welcome for anyone looking for a more natural way to handle their stress.

Anxiety is something that apparently 18% of people are suffering from in the US, whether this is general anxiety or Social Anxiety Disorder. That is a large number of people who will benefit from these developments.

There has been research that suggests that marijuana may be connected to increased anxiety in some people, but this does not appear to be the case with CBD, in fact the opposite is true.

A report from the World Health Organization says of CBD’s effect on anxiety that there was “Reduction of muscular tension, restlessness, fatigue, problems in concentration, improvement of social interactions in rodent models of anxiety and stress; reduced social anxiety in patients.”

More research does need to be done on humans, and the recent bill that legalized CBD at the federal level is likely to make this a very real thing. Before this point, as the bill only passed in 2018, running a study like this kind was not easy.

Attitudes have definitely shifted, and a lot of information has become available that better explains the differences between marijuana and CBD, which have been confused and part of the same conversation on legalization, as if they were same thing. With a legal THC content of 0.3 no one is getting high off of CBD. Rebel carries high rated CBD that is 100% tested.

Depression, like stress, is one of those things that most people have to wrestle with in their lives. A lot of people end up on prescription drugs or in long term therapy to handle the situation. While this works for some, there are others for whom it doesn’t offer much relief.

Perhaps for these people CBD is the light at the end of the tunnel. In the same way that cannabinoids, help with serotonin levels in the brain, and help reduce stress, this also affects depression and depressive symptoms.

Anything that frees people up from having to be depressed, or having to take drugs that leave them not feeling like themselves are a great thing. A lot of current treatments have side effects such as suicidal ideation, and come with long term dependence on the drugs that are prescribed. The WHO has found that CBD has very limited potential to become addictive, and it is even being suggested that it may be an effective treatment for handling drug addiction. All of this is great news.

Dealing with such a widespread problem without creating a whole host of secondary problems, such as addiction and suicidal thoughts, is a godsend. All on has to do is look at something like the opioid problem in the country to see the widespread good benefits a non-addictive solution would bring.

The great news keeps coming, when you start to read the list of possible applications that the World Health Organization outlines in its report. It is suggested that mental health issues of varying severity, in the early stages of testing, appear to be responding to CBD,

WebMD says: “Cannabidiol has antipsychotic effects. The exact cause for these effects is not clear. But cannabidiol seems to prevent the breakdown of a chemical in the brain that affects pain, mood, and mental function.”

To be able to handle these kinds of conditions with a non-addictive natural substance is amazing. The current cocktail of medications that are used to handle something like psychosis and the side effects that one can expect to experience are scarily long.

Being able to reduce treatment down to something that can be easily administered, and which has not been found to have anything more than minor side-effects so far, is pretty miraculous, and definitely an exciting development in the world of mental health.

We really do live in exciting times as far as medical advancement goes, and it seems like the possible applications for CBD keep expanding.

Now that it has been legalized at the federal level it opens up a lot of possibilities for further research that weren’t there before.

The World Health Organization has been looking into CBD for a long time, and they are helping lead the way, when it comes to fully understanding what this substance is capable of helping with. What we know for sure thus far really does seem to be the tip of the iceberg.