in this guide, we’ll discuss how to develop psychic abilities through meditation techniques.

As someone who has practised meditative exercises for more than twenty years, I am absolutely certain that we can develop psychic powers by meditating.

Most people consider these powers “supernatural”. They’re really not. It’s just that most people don’t know how to develop psychic powers. And let’s face it, very few people have heard of techniques like the Third Eye Meditation Technique.

Because most people don’t have psychic abilities, they don’t believe such things exist. But I’m happy to prove them wrong. So let me show you how to develop psychic abilities with meditation.

How To Develop Psychic Abilities With Meditation Techniques

All meditation techniques will help you to develop psychic powers because they increase your level of oneness with other people and with objects.

However, some methods are better than others.

Here are four ways how to develop psychic abilities with meditation techniques.

If you only want to use one meditation for psychic development, make it this one. The third eye meditation technique is a powerful meditation that has existed for thousands of years. It’s a mind-training exercise in which we focus on the third eye chakra (Ajna), located between the eyebrows.

When you use this psychic technique, you will awaken and strengthen your third eye. This is the best way to use meditation for psychic abilities. It will increase your intuition and awaken the real power of your mind.

One excellent way to do this is by using Shambhavi mudra.

Samyama is a combination of Dharana (concentration), Dhyana, and Samadhi (union). This is a yogic tradition performed to receive deeper knowledge of the qualities of the object of meditation.

Yoga sage Patanjali taught that Samyama would lead to prajñā, which is an insight into the true nature of reality.

Samyama is performed by meditating absolutely on one subject (which could be an object or person), letting go of the self, and achieving oneness with the object of meditation.

When you do this, you will gain insight into the truest nature of the object (or person) on which you are meditating.

Here’s how to develop psychic abilities using this method.

Mantras are sacred words or phrases that are said to grant special powers to the person who recites them.

There are thousands of mantras in existence today, most of which come from Hinduism and yoga. There is one particularly powerful mantra for psychic abilities. The mantra is the Trikal Gyan, which represents the knowledge of the past, the present and the future. So, if you have ever wanted to have precognition, this mantra is said to help.

Here is the mantra:

This is the best mantra for psychic abilities. Recite it 108 times in the morning, afternoon and night.

Mudras are hand positions that are used in yoga and Buddhism.

When we place our hands in specific mudras, we create special properties. These mudras can heal us; they can grant us access to powerful mental states, and, yes, there are mudras for psychic powers.

The best mudra for psychic powers is the Buddhi mudra.

To perform this mudra, touch the tip of your fourth finger to the tip of your thumb, and hold your other fingers out straight. Meditate for twenty minutes while performing the Buddhi mudra.

How To Develop Psychic Powers Through Meditation

We can develop psychic abilities through meditation. We do this by achieving oneness.

The key is to move past our individualised perception of the world to a state of oneness. We must once again become symbiotically connected to others. Then, we will hear their thoughts and feel their feelings.

To develop psychic abilities through meditation we much accept that psychic powers are a natural part of the mind. They are not supernatural.

The very word “psychic” suggests we do indeed have psychic abilities

The word “psychic” is Greek and means “of the mind”—in other words, psychic powers are a natural part of the human mind.

All humans can develop the psychic powers that are dormant within their mind—including you.

Simply put: You have within you the dormant ability to develop psychic powers like clairvoyance, precognition and so-called “supernatural powers” through meditation.

You can develop these psychic abilities: 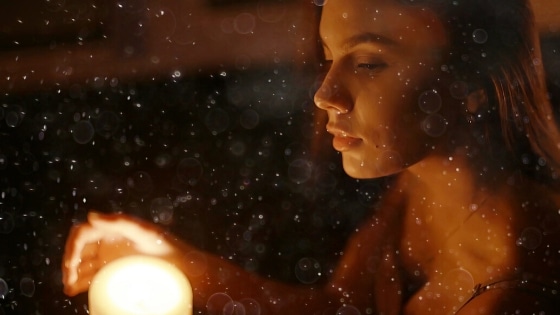 Many people report having developed psychic powers through meditation.

In the survey, IONS asked two thousand meditators whether they had ever noticed their psychic powers in meditation. For instance, clairvoyance, precognition, and other “supernatural powers”. One-thousand-five-hundred of the meditators (75%) said they had unlocked psychic powers through meditation.

In his book, Supernormal [one of the best psychic development books] Radin states that one of the best ways to develop psychic abilities is with meditation.

Radin states, “For a Western-trained academic, the mere existence of, say, telepathy, would be considered supernormal… For an experienced yogi, it’s just a boringly normal minor siddhi [power].” 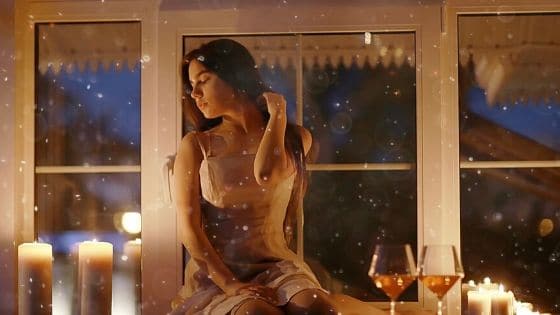 Buddhism, Yoga, And The Development of Psychic Powers

There is nothing new about the idea of developing psychic powers through meditation. It isn’t so much that meditation gives you these new abilities. Instead, it unlocks the psychic abilities you already have.

Traditional Buddhist and yogic teachings state that if you train in meditation, you will achieve a higher state of consciousness. As your consciousness advances, you will begin to develop psychic powers as part of siddhi [special abilities].

The Bhagavata Purana (one of Hinduism’s Eight great histories) states that yogis and meditators will establish the following five siddhis:

These are just a selection of some of the supernatural powers meditation gives you (siddhi).

The Historical Link Between Meditation And Psychic Abilities

Ever since Budha taught meditation, psychic powers have been related to the practice.

There is a Buddhist scripture called The Kevatta Sutta (or Kevaddha). It is one of the texts in the Digha Nikaya (long discourses collection) of the Pali Canon. In it, Buddha says that a fully developed individual can achieve psychic abilities. For instance, the ability to transform into different people and creatures and to make objects appear and disappear at will.

Buddha states that development of psychic powers may be achieved through Viññanam anidassanam (consciousness without surface). Essentially, this means to remove consciousness from its typical limitations of name and form. In other words, to overcome the self.

This is a very complex aspect of Buddhist philosophy. But in essence, it means that we develop psychic powers when the mind is one with the thing it is perceiving. When we reach this oneness we transcend the mind beyond thoughts, names, and forms.

Interestingly, Freud alluded to psychic powers in Civilization and its Discontents (1929). He stated that the aim of spiritual practices is to return the mind to an earlier state when we felt oneness.

As we grow, we develop the concept of separateness. We develop an ego and an idea of ourselves as individuals. We become aware of our thoughts, our feelings, our experiences. And, by the same token, we become aware of that which belongs to others (their thoughts and feelings).

As we age, we lose our symbiotic connection to the world. And when this division occurs it is only natural that we lose our ability to perceive aspects of things outside ourselves.

We lose the ability to clearly see the thoughts and feelings of others. We lose our psychic abilities.

But we have the power to awaken psychic abilities again.

Interestingly, research by cognitive scientist Donald Hoffman [professor in the Department of Cognitive Sciences at the University of California, Irvine,] suggests that our idea of independent reality is an illusion. It is a delusion of the mind created through our need to individualise ourselves.

When we move beyond duality, we return to a more primitive, more connected, more spiritual state of mind. We regain our connection, our oneness, with others.

When we achieve oneness, it logically follows that we increase our conscious connection to the outside world. In which case, the development of psychic abilities seems both logical and natural.

Yes, it is possible to develop psychic abilities through meditation.

As a meditation teacher, I have experienced psychic powers myself. And many of my students have said the same thing.

I would love to teach you to unlock psychic powers. Book a meditation lesson with me today. 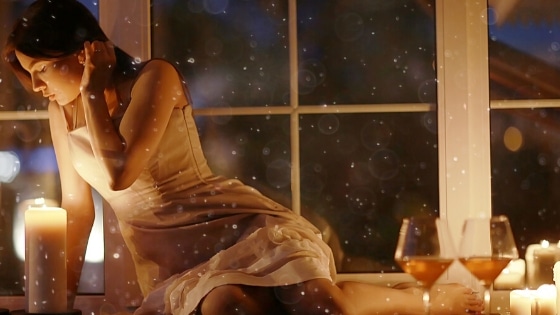 The Scientific and Spiritual Implications of Psychic Abilities https://www.ncbi.nlm.nih.gov/pubmed/11347280