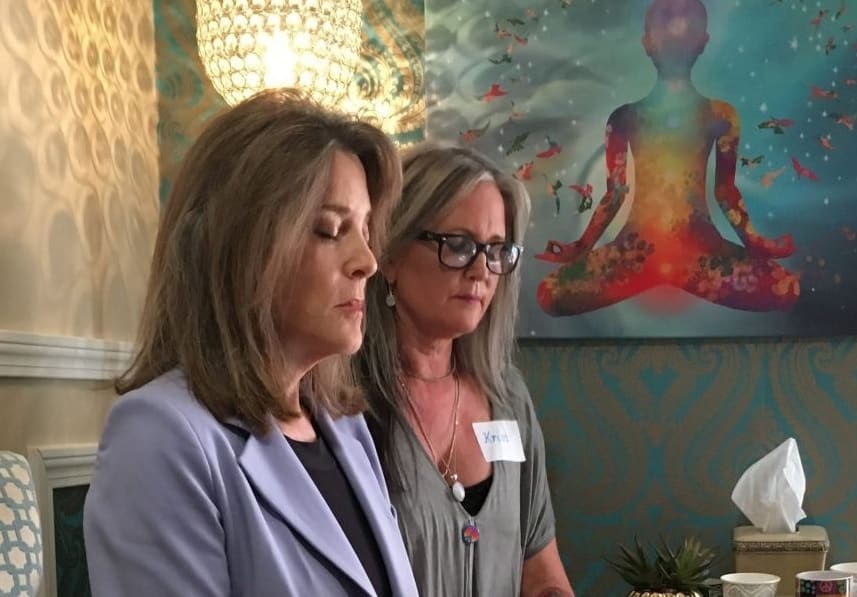 Bestselling spiritual author Marianne Williamson is not your typical American politician. She is a lifelong meditation practitioner and advocate for all things spiritual. Yet she is currently a Democratic White House contender [1].

Williamson says that it should not be a shock for a politician to lead a meditation session. “It’s unique for a campaign event but it’s not unique for America and I think that’s part of what my campaign is all about,” said Williamson.

2020 Watch-New: Asked about leading a meditation today in NH, @marwilliamson tells @foxnewspolitics “it’s unique for a campaign event but it’s not unique for America and I think that’s what part of my campaign is about” #MarianneWilliamson #2020election #NHPolitics #FITN pic.twitter.com/3CNCL55QIV

Williamson states that spiritual Americans have felt disconnected from the political scene because the representatives do not reflect them.

“We’re bringing a lot of people into the system who are very much a part of mainstream America but who have felt disconnected from politics, particularly I think progressive politics,” she said. “The whole world of spirituality, meditation, yoga, this is very much mainstream American culture today.”

Peace is something that is very close to Marianne Williamson’s heart, as is illustrated by her famous quote: “If we’re peaceful, our life will be peaceful. And so our goal in any situation becomes inner peace“.

It’s almost too good to imagine, but if Marianne Williamson’s presidential campaign ends in success, it just could be the spiritual awakening society is so long overdue.

Subscribe To Our Newsletter >>
Marianne Williamson proposes a Department of Peace

Paul Harrison is a meditation teacher and writer. Paul has helped thousands of people to discover their true potential through mindfulness, yoga and meditation.