As a gamer and a meditation teacher, I absolutely love meditation games. You know, the types of games that make you feel Zen. Games like SoundSelf [here] and Enchanted Forest [here], as well as board games like Wavelength [Here].

I’m so happy that more developers are starting to make these types of games. Because they are so relaxing.

Let me show you my favourite ones. 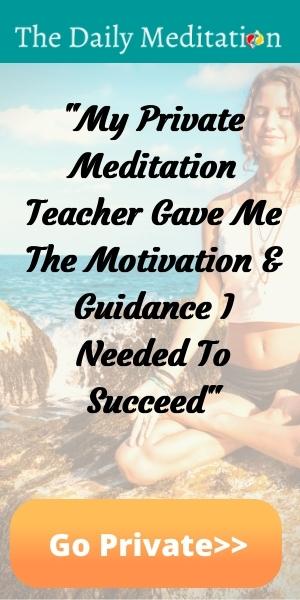 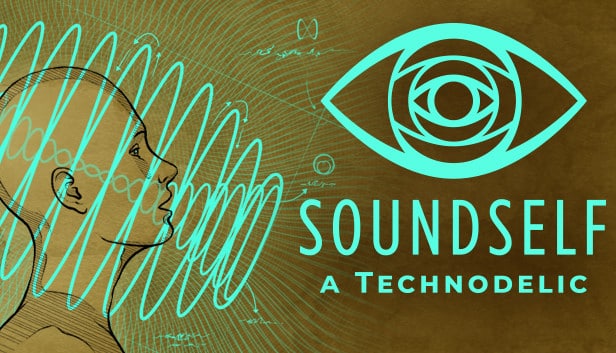 SoundSelf is a VR meditation game from Andromeda Entertainment. It features what they call a “technodelic transformative experience”.

It’s an interactive experience in VR where you use your voice to control the game. You can play it either with a VR headset or without. And it’s available on PC and Mac.  You will need a webcam and microphone.

2: Meditation Game (Android–Get it on the Play Store) 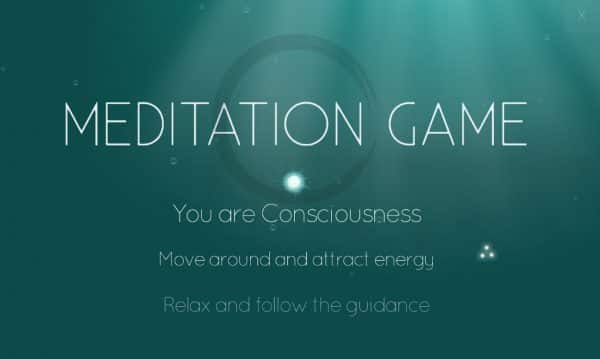 Meditation Game is one of the most relaxing games I’ve played. Plus, it is very educational. You’ll learn about lots of different meditation exercises.

You control the game by tilting the device or by using an on-screen joystick.

It features different modes, including Awareness, Existence, Love, Wisdom, and Silence. I love the relaxing soundtrack, too.

3: Enchanted Forest (Android–Get it on the Play Store) 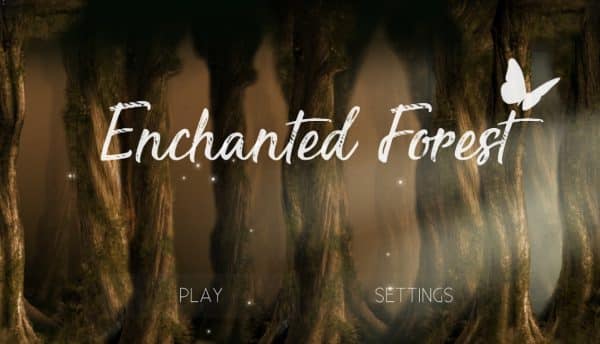 This is the second title in the Meditation Game series. It’s a short interactive title with relaxing sounds and images.

Similar to binaural beats, the developers tell us that it uses different frequencies of sound to produce different brainwaves, which is a similar theory to the one used in sound healing.

Enchanted Forst is free but does have some in-app purchases. 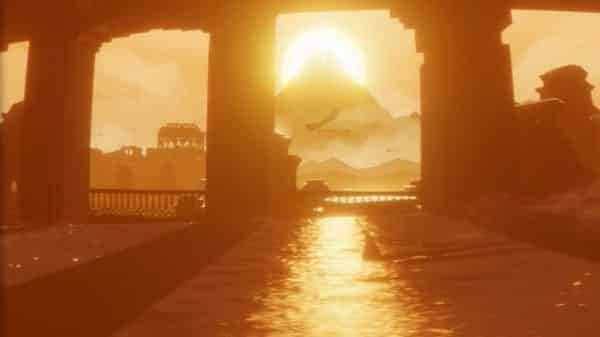 Journey Collector’s Edition is probably the best meditation game you will find, even if it is not explicitly about meditation.

It features three games: Journey, Flow, and Flower. The main one is Journey. It’s a spiritual odyssey adventure game that is arguably the most “Zen” game of all time.

I think you will love Journey. It’s really relaxing, tranquil, and soothing. You cannot play this one without feeling chill.

Flow and Flower are more basic games. Flow is a version of that old Nokia favourite “Snake”. Do you remember that one? You had to move a snake (which was actually a string of cubes) around a room while avoiding the walls.

Flower is very similar. You play as a bunch of flowers blowing on the wind. You can probably tell just by that description how relaxing this is.

If you have a PS3 or PS4 and you’re looking for some good meditation games, this should be your first choice. 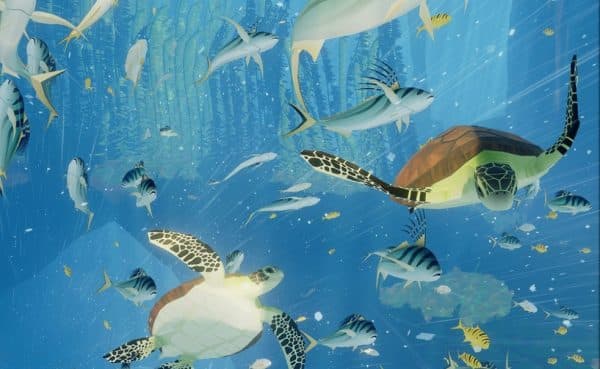 Abzu is an adventure game from Giant Squid Studios. You play as a diver who is exploring the ocean. Your mission is to restore life in the ocean using magical springs. If you’re like me and you absolutely love nature and the ocean, you will find this to be one of the best relaxing video games on XBox One and PS4. 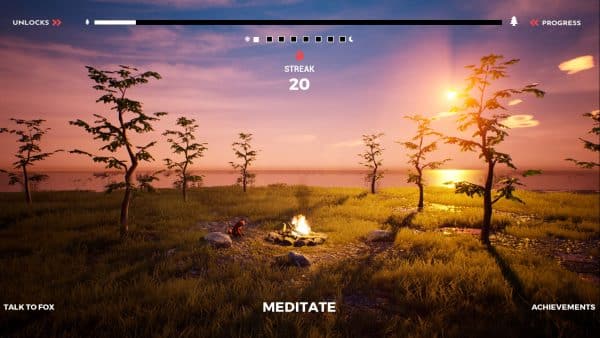 Playne is a meditation game from independent game developer Vismaya. It is designed to teach you how to meditate and how to be mindful.

In the game, you meditate daily. As you meditate, the world around you changes. The landscape turns from a barren wilderness to a beautiful picturesque scene.

There’s a story too, which you discover by talking to a fox. The story was actually written by a BAFTA-nominated filmmaker and is really engrossing.

The above are some of the best meditation games and apps. But there are tons more fun titles you might like to try too.

Games like Zelda: Breath Of The Wild, for instance, are great to help you unwind after a hard day. And tons of people have mentioned how the new Animal Crossing is an amazing Zen game.

Then there are games like Witness, which is visually beautiful and very immersive. When I play Witness, I feel really chill, and the puzzles are great little brainteasers too.

Or you could just play Deepak Chopra’s Leela, which is an old XBox 360 title all about meditating—I didn’t include it in the list because a) it’s old and b) I’m not a fan of it. But check it out if you’re interested.

Why Meditation Games Are So Relaxing

Yes, video games can be good for your mental health. And indeed, there are some similarities between meditation and gaming. Namely, the state of Flow.

Flow is a term coined by psychologist Mihály Csíkszentmihályi in 1975 [Flow: The Psychology of Optimal Experience]. Flow is the state of being “in the zone”. It is full immersion in an activity.

In 2013, Belgian researchers (Pickut et al) found that eight weeks of meditation increases grey matter density in the caudate nucleus, which leads to more experience of the flow state.

So, both meditation and games increase flow, and many would say it is easier to experience flow by playing video games than by meditating. So, in some ways playing relaxing games is a better option for many people than a hardcore meditation session.

Then again, some gamers aren’t very relaxed when they play.

Some gamers, when they are in the state of flow, will actually experience gamer rage (anger), which certainly is not similar to meditation.

So, what meditation games should you play?

Relaxing, so called “Meditation games” tend to be the slower ones. They often have graphics that focus on relaxation (either by showing natural environments or by using relaxing colour schemes). They tend to have simplified gameplay that does not overtax the brain (which would cause stress). And their soundtracks tend to be relaxing too, similar to classical music.

Warning About Meditation And Games

Please do not meditate while playing. Don’t do it!  If you do there is a risk of having a seizure.

This is because meditating puts you into a hyper-aware state. If you engage in an activity that floods your mind with information (e.g. playing games or watching high-octane movies) there is an increased risk of seizure.

Play games to relax, but do not actually meditate while playing. This is a friendly warning to help you guys out.