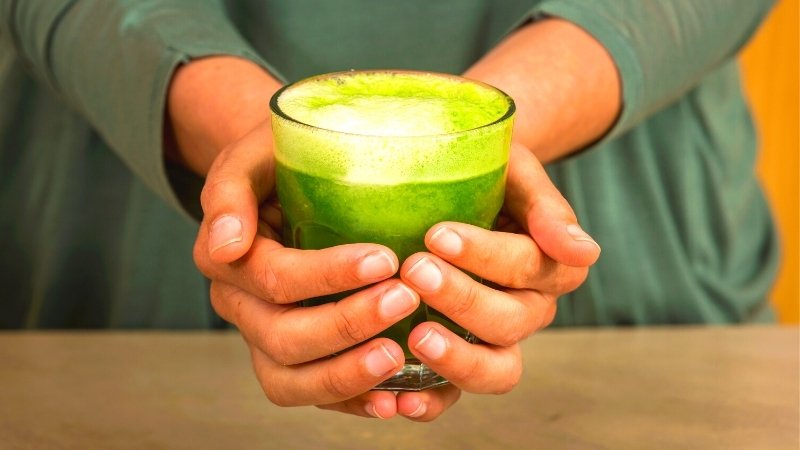 These days, it seems like everyone is juice cleansing or “juicing.” If you haven’t tried it yet, you might be wondering what all the hype is about. Most people go on juice cleanses to lose weight while others do it as a way to detox their bodies, especially after having digestion issues. But juice cleansing has so much to offer your body than physical well-being…  There are significant benefits of juice cleansing for mental health too.

Juice cleansing not only lowers your caloric intake, but by lowering how many calories you consume and replacing it with raw nutrients from fruits and vegetables, you’ll lose weight and lower your risk of various illnesses and diseases. Now, just imagine all the benefits of a juice cleanse in combination with your own meditation ritual.

That’s not saying that your juice cleanse journey won’t be difficult, because it will, whether you’re on a cleanse for 10 days or three weeks… Typically, juicing is very hard during the first few days because you’re depriving your body of the junk foods it’s so used to consuming; You can look at this as your body going through withdrawals from those foods because your body has become addicted to them.

You may not realize it but you can become addicted to food just like you can become addicted to drugs. According to webmd.com, compulsive overeating triggers the pleasure centers in the brain and releases those “feel good” chemicals like dopamine. These signals tell your brain that it feels so good to eat these foods that you should keep on eating them because of how they make you feel.

So, it’s pretty safe to say that while you’re on your juice cleanse, you’re going to have thoughts of the bad foods, and you’re going to want to eat them, but don’t. When you get those thoughts in your head, that’s when meditation comes into play.

Again, there are going to be moments during your cleanse that are difficult to push through. For instance, there’s the possibility of you feeling tired, irritable, and even like you’re having a hard time focusing, but that’s only because you’re making such a drastic change to your diet; it’s going to take your body some time to adjust to those changes.

But while you’re on your cleanse, you’re going to become mentally stronger because you have the bigger picture in mind. When you start to have the cravings and the thoughts of giving up, go to a quiet place, close your eyes, take a deep breath, and just start thinking about all the good your body will endure during the cleanse.

Become More Mindful of Self

While you’re on your cleanse and your body is getting adjusted to your dietary changes, your focus suddenly shifts from food to yourself. You find yourself no longer concerned about your next meal but more so on the calmness and stillness of your inner self.

The ability to block out the chaos in the world around you is something that anybody can do but many people don’t take the time out to do so… And that’s the thing about meditation; you have to make the effort to find the time to be more mindful. Everyone is so busy with “things” that they don’t realize that those “things” are what’s stressing them out the most.

If you don’t carve out time to take care of your own mental well-being, no one else is going to do it for you. Through meditation and juice cleansing, you’ll start eating to live and not living to eat. Once you’ve fully embraced that concept and allow yourself to “just be,” your energy will be free, your mind will be free, and inner peace will be abundant.