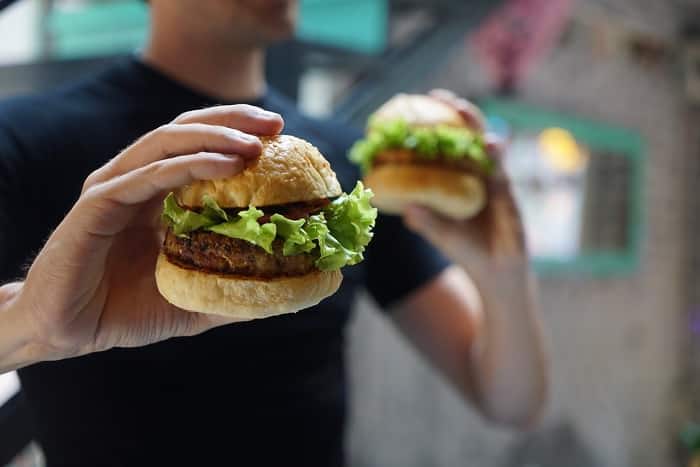 Judson Brewer [author & psychiatrist] spoke to The Daily Collegian, Tuesday, about how to use mindfulness for hunger and cravings. In an insightful article he discussed his insights from years of study at Yale, MIT and Brown University about how mindfulness can rewire the brain in order to retrain negative habits.

We all have negative habits. For some it is overeating. For others it might be drinking or smoking. If we are all honest, we all have at least a couple of bad habits we would love to overcome. But it can be hard to know precisely how you are supposed to rewire your brain in order to change these negative thoughts.

One way is to use mindfulness, which can help with hunger cravings, temptations for drinks, smoking habits and other problems.

In his book The Craving Mind, Judson Brewer reveals how a combination of meditation and mindfulness can help with negative habits to fix cravings, addictions, and other problems. On Friday night he shared his insights in a talk at the University of Massachusetts.

In the talk, Brewer discussed how he has personally witnessed people overcome addictions like smoking and social media through the power of mindfulness and meditation.

One of the insights that Brewer shared in the talk was about how triggers, behaviours are rewards lead to a bad habit. Whether it’s a craving for a cigarette or a hunger for junk food, there is always a trigger. For many that trigger is stress. We feel stress and we have a cigarette or junk food because we have in mind the idea that we will be rewarded for that action by feeling better. Once we perform the action we receive a hit of dopamine [READ: How To Increase Dopamine Naturally]. It is the dopamine that provides the sense of reward, but we misinterpret things to believe that it is actually the bad habit that gave us the reward.

One inspiring story that Brewer shared in his chat was about how one man used mindfulness to overcome hunger for food. The person in question had anxiety. In particularly, he was worried about being in a car crash. When he felt anxiety he would eat junk food, which resulted in a hit of dopamine. This caused a habit that was causing weight gain. The person in question replaced his bad habit with a new one by using mindfulness (Brewer omitted some of the details).

Mindfulness gives us the ability to reframe our cravings and temptations. Too often we are consumed by cravings. If you have a hunger for junk food, for instance, you will probably get caught up in that craving, and the craving directs your action. Mindfulness lets you step back from the craving say, “This is just a craving, I don’t need to act on it”. Once we reframe this craving we can then find substitute solutions for the problem. Maybe we can satiate our hunger by eating something healthy but tasty, instead of just junk food. Essentially what matters is the ability to step back and say, “Okay, I’m experiencing a craving, but I’m going to do something different about it.”

For more, read: How To Overcome Cravings With Meditation