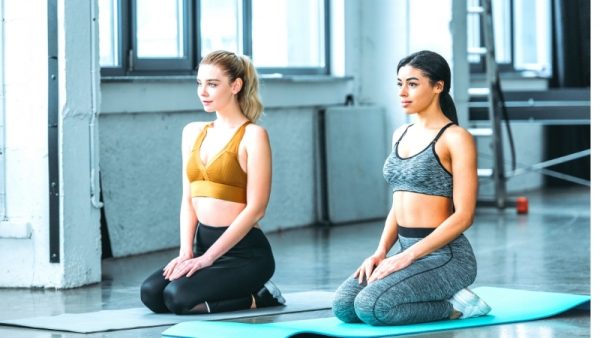 SKY Breathing meditation technique has been growing in popularity over the past six months, and for good reason. Otherwise known as Sudarshan kriya yoga, SKY Breathing technique is a controlled breathing exercise that stems from yoga.

The three words in Sudarashan Kriya Yoga all mean something specific. “Sudarashan” is, in fact, two words from Sanskrit. “Su” means proper. And “Darashan” means vision. “Kriya” means “effort” or “action”. And, of course, we all know what yoga is. When you put those words together, you get “Proper Vision Action Yoga”, which is what the acronym SKY stands for.

As you’ll know if you practice meditation, breathing techniques are commonly used to promote relaxation, to reduce stress, and to create various psychophysiological states. In yoga, the breath is controlled in various ways that have been shown to have a positive influence on immune functions, stress disorders, and the autonomic nervous sytem, according to the National Institute of Health [1].

If you’ve started meditating and you’re looking for a new method to try, I highly recommend that you give this exercise a shot. You might also like to try these other yoga meditations.

So, how do you do SKY breathing / Sudarashan Kriya Yoga? Let’s take a look.

How To Do SKY Breathing Meditation Technique / Sudarashan Kriya Yoga

There are four stages of the SKY Breathing technique:

When practicing SKY Breathing meditation, use the Vajrasana mudra (kneeling with hands palm-down just above the knees).

Let’s look at how to do SKY Breathing technique in detail.

Ujjayi is a technique of breathing slowly and consciously. When you do this, touch your throat so you can feel your breath. Breathe slowly but in a relaxed way, using inhalations and exhalations of equal length. The ideal speed is two to four breaths every minute. When you practice Ujjayi you will feel calmer but also more mindful and aware.

The next step of the SKY Breathing technique is Bhastrika or “Bellows Breath”. To practise this exercise, inhale and exhale fully and forcefully. This is a quicker speed of breathing, with a pace of approximately thirty breaths per minute. Aim to make you exhalations last twice as long as your inhalations. Bhastrika stimulates both the body and mind.

Om is a primordial sound and the basis of all life. When you meditate on the “Om” mantra you will become one with the universe. The proper prununciation is “Aum”. When practising SKY Breathing, perform two OMs followed by one silent breath.

In the final stage of Sudarshan kriya yoga technique we use an advanced form of breathing. During this phase, vary the speed of your breathing. Start slowly, then regular speed, then fast, and then repeat. Every inhalation should be twice the speed of the exhalation. This is the point at which you will experience the “pure vision” that the name refers to.

Before practising SKY Breathing meditation it’s important to know the potential side effects and the precautions. Although many expert yogis state that there are no side effects of SKY Breathing, anytime you change your breathing there is a possibility of negative consequences. You could feel lightheaded and if you have a respiratory condition you should only practise with expert guidance.

Sudarshan Kriya Yoga is best practised with professional help otherwise you may perform it incorrectly, which could potentially be harmful. When you are performing the technique, make sure that you do not experience any chest pain.  Also, it is not advsiable for pregnant women to do SKY Breathing meditation.

While there are some precautions and potential side effects, there are many benefits of SKY Breathing meditation technique.

The Ukkayi step of SKY Breathing is an excellent way to promote calmness and relaxation. Slow breathing techniques have been shown to induce oscilations in blood pressure and exaggeration of regular respiratory sinus arrhythmia.  Ujjayi increases respiratory sinus arrhythmia by increasing parasympathetic influences, which could potentially help with depression, anxiety, and panic attacks.

The Bhastrika stage of SKY Breathing meditation causes altertness and calmness by inducing autonomic sympathetic activation and activating temporo-parietal cortical areas. Daily practise leads to sympathetic stimulation in a way that is similar to regular workouts.

Spiritually speaking, reciting the mantra OM is said to create oneness with the universe. The recitation of the mantra creates relaxed alertness and sycnchronicity.

SKY Breathing releases various hormones, increasing oxytocin, which causes feelings of bonding and affection and is associated with the parasympathetic nervous system. Oxytocin secretion is low in people with depression, but SKY Breathing increaes it, according to research published in PubMed [2].

Because of the numerous positive effects of SKY Breathing, the National Institute of Health states that it could potentially be used in the treatment of stress, anxiety and depression.

Many addictions are caused by stress and other negative psychological states. SKY could potentially be used as a tool for overcoming addictions. In one study [3], SKY Breathing technique was shown to improve addiction control by 21% within six months.

According to research performed using A Spiritual Quotient Questionnaire, the Art of Living showed that people who practise the technique experience a significantly improved outlook towards life.

Sky Breathing has been gaining major popularity over the past year or so and is rapidly becoming “in vogue” as a spiritual technique. Early scientific research suggests that it could offer significant benefits too, ranging from improve psychological wellbeing, to overcoming addictions, to spiritual awakening. And for the more mundane among us, it’s also just really good for relaxation.

I personally recommend learning SKY Breathing meditation technique with professional tuition, because it is a somewhat diffictult exercise to perform. That said, the benefits are significant.

I still prefer using other breathng methods like Anapanasati personally, but I do like to practise SKY Breathing every now and then. It’s a unique experience that you have to try for yourself!

What do you think about SKY Breathing, and will you be trying it?