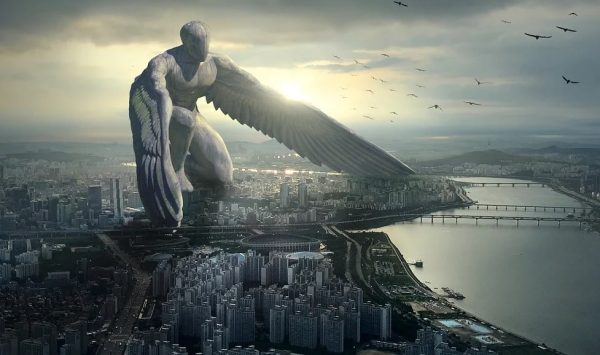 Let’s set this down in writing right now: spirituality is not religion. It is not even necessarily related to religion. Those two things are simply not the same. If we look at spirituality VS religion, we can see that there are vast differences.

Religion means sticking to a fixed view of the world, of life, of creation; a view that’s given to you (usually) from a book.

Religion is an unyielding belief that what an authority says about life and morality is the be-all and end-all.

And while there might be spiritual self-help gurus and books, no spiritualist can tell another spiritualist what to belief. Spiritualists have freedom of choice. And this is the one of the main reasons why spirituality is important in life: because it gives us a unique, personal way of interpreting the world around us.

We all have our own, individual sense of spirituality and why it is important to us.

Why Spirituality Is Not Religion

It’s not about God

Some spiritualists may believe that God (or a god) created the world.

“Ah-ha, so you are religious then,” people say.

Just because you believe that a god created the world doesn’t mean it’s the God of the bible or one of the Hindu gods.

A spiritualist might believe the creator is a god only they know. Or they might think a four-headed monkey created the world.

Spiritualists are free to believe anything they want because spirituality is subjective and individual.

That goes for morals too.

Unlike religion, spirituality is about choice

True spirituality is ultimately about being true to yourself. This is why many spiritual people are also free-spirited . It’s about finding a system that works for you. That system might involve some aspects that come from different religions.   But there is still personal choice involved.

If you’re religious, you’re told to believe all of that religion.

Christians have to believe in the whole bible.

A spiritualist can pick up the bible and say “Ah-ha, this commandment about not stealing. I can agree with that.” But it doesn’t mean they have to follow the whole bible.

The best example of this is yoga. Yoga is historically religious (it stems from Hinduism). But obviously you do not need to be religious to do yoga.

One of the best things about being a spiritualist is that you can take parts of different religions and apply them to your own system.

Spiritualism is about freedom of belief.

Spiritual people can pick and choose parts of religions and integrate them into their system.

I appreciate a lot of Eastern philosophy.

Taoist beliefs and practices, for instance, promote harmony between mind and body.

That’s true, and I believe in that, so I follow some of the Taoist practices for harmonising mind and body.

I also practice some Buddhist meditation techniques. And there are some Hindu mantras that I use. Oh, and then yoga, I love yoga.

Those are all religions. But as a spiritual person, I’m free to pick and choose parts of those religions to use for my own belief system.

That’s the beauty of it: You can take the beliefs that you, as an individual, genuinely believe in, and combine them to form your own belief system.

When you put all this together, you realise that the true meaning of spirituality is “freedom for individual beliefs”.

And that is what TheDailyMeditation.com is all about.

On this site, you’ll find Hindu mantras, Buddhist mudras, Taoist practices, modern science, and some articles which are simply things that I believe in.

It’s a spiritual approach to belief.

That’s why I believe TheDailyMeditation.com is such an excellent resource for spiritualists because it says: Here are some fantastic beliefs and practices, but hey, you pick what works for you because you should be free to create your own spiritual system for your own life.

That’s what TheDailyMeditation.com is all about. And that, in a nutshell, is the true meaning of spirituality.

EDITOR: I’ve added the following from the previous blogpost that was written by MJ.

Why Too Many People Hate Spiritualists

A lot of people do not understand the importance of spirituality in life. Some even hate spiritual people.

If you follow some of the best spiritual blogs, you will notice they have a lot of followers. So clearly lots of people like spirituality. But lots of people hate it too. And one of the main reasons is because they misunderstand the true meaning of spirituality.

Nowadays, people roll their eyes at the term “soul mates” and aren’t even aware that the word “twin flames” exists.

Nowadays, the mass public isn’t into a lot of spirituality, mainly because it is considered fanciful, a romantic notion pleasant to consider but hardly to be taken seriously.

A stereotype has been created that anyone who is into spirituality or just believes in anything that is somewhat connected to anything spiritual is just “insane”, “crazy” etc.

Next time someone decries your beliefs and turns their nose up at your spiritual side, challenge them, question what they’re saying to you. Because maybe, just maybe, your beliefs are right.

It makes me angry that people just accept any stereotype that crosses their path, in every aspect of life. While this happens in almost every situation, I want to say something about how stereotypes affect the growth of spirituality among people worldwide.

It’s All About Energy

Anything non-physical, non-material, affecting our emotions and intuition, triggering various energies within our body, and connected to the unconscious part of our mind is called spiritual. Spirituality is often associated with meditation, as it triggers intense “spiritual awakenings” and helps with “connecting to one’s intuition”.

But, whenever I mention “spirituality” in front of the average person, I always get a reaction about religion, because their definition of spirituality is misinformed.

Spirituality and religious beliefs do indeed have things in common, but they are far away from meaning the same thing. When we look at spirituality VS religion, there are vast differences.

Often, the reason people link spirituality to religion is that spirituality and science are two opposite terms, which have no common grounds.

Historically people consider religion to be opposite of science (and many significant debates and even battles have been fought over this divide). And by extension, spirituality takes the side of religion, because the mass populace considers spirituality to be unscientific.

The relationship between spirituality and science

A lot of people disregard the importance of spirituality in life because they believe it has no scientific backing. This, however, could not be further from the truth.

Fascinating fact. A lot of atheists and agnostics are getting into spiritual techniques like meditation.

That’s because spirituality and science are more closely related than people realise.

Many people do not realise that the energies that a person’s spirit create or trigger have a much stronger bond with science than with religion.

Those energies can be calculated and very much scientifically proven, which means that spirituality is much closer to science than many people realise.

And that’s just one more reason why the mass populace’s definition of spirituality is so erroneous because in many ways spirituality is closer to science than to religion.

We must accept that spirituality will be a part of our lives until the day we die.

It will always be a part of our health and conscious and unconscious mind, affecting our perspective of the world. Keeping ourselves spiritually healthy is the best thing we can do to maintain a perfect perspective of the world around us. And that is why we must ensure that the mass public understands and appreciates the true definition of spirituality because too much is lost in ignorance.

Once the mass public understands the true definition of spirituality, hopefully, we can enjoy a happier and healthier time when people embrace spirituality rather than decrying it.

Scientific research, personal experience, and ancient wisdom all reveal the importance of spirituality in life. That’s why we should make an effort to get deeper into our spiritual practice,

Spiritual individuals are happier and healthier, and they live longer lives (on average).

We spiritual people are fortunate. Our spirituality gives us the keys to a better way of living.