In this list, we’re going to look at the 10 best spiritual movies of all time and the spiritual characters who made them so darned good.

Through the years movies have given us insight into spirituality and philosophy and some movies have been so inspiring that they may have even led you to become spiritual yourself.

Science has proven the importance of spirituality.

Spirituality leads to a healthier, happier life. So by inspiring spirituality, these movie characters actually make us healthier.

Spirituality means different things to different people. So this list includes all different kinds of spiritualities. 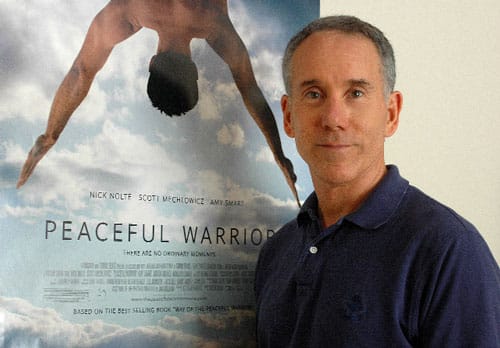 The Peaceful Warrior is definitely one of the best spiritual movies of all time.

The Peaceful Warrior provides a fantastic philosophical portrayal of a man, Dan Millman, who is a gifted athlete. Like most athletes, he’s training his body to be strong enough to become number one. But that’s when this film differentiates itself from the pack.

When Nick Nolte’s character opens Dan Millman’s eyes to a new understanding of life, Millman is left with a challenge: to become strong in ways he’d never even considered.

Peaceful Warrior Quote: “Death is not sad. The sad thing is most people don’t live at all.”

IF Dan Millan is your favorite spiritual character: You have an open mind and will soon become enlightened. 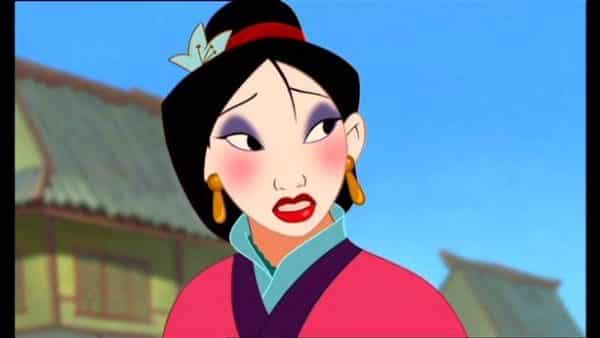 Hey, Mulan is not the only spiritual character to come out of Disney. There’s Pocahontas, Rafiki and Buzz Lightyear (well, not Buzz Lightyear).

Mulan is definitely one of the best spiritual movies for kids. It’s so inspiring!

Mulan is the story of titular Mulan, who is worried her father will be drafted into the Chinese military. So she takes his spot, impersonating a man and learning to fight.

What on Earth has that got to do with spirituality? Sun Tzu, that’s what. Mulan was inspired (in part) by a legendary Chinese general, military strategist, and philosopher Sun Tzu. That’s why Mulan includes a paraphrasing of a famous Sun Tzu quote:

“We must be swift as the coursing river, with all the force of a great typhoon, with all the strength of a raging fire, mysterious as the dark side of the moon.” [Mulan].

“Let your rapidity be that of the wind, your compactness that of the forest. In raiding and plundering be like fire, in immovability like a mountain. Let your plans be dark and impenetrable as night, and when you move, fall like a thunderbolt.” [Sun Tzu]

Mulan Quote: Destiny guards our girls and our future as it fast unfurls. Please look kindly on these cultured pearls, each a perfect porcelain doll. Please bring honor to us all.

IF Mulan is your favorite spiritual character: You have a beautiful soul and are full of integrity. 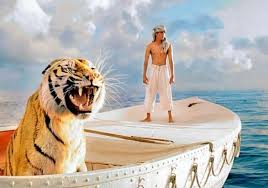 I’ve been known to scribe the odd narrative myself, and in my humble opinion, Yann Martel’s Life Of Pi is one of the best novels of this century. And the film is nearly as good as the book (nearly… but, let’s not get into that argument).

In The Life of Pi, Pi’s parents sell their zoo and board a freighter with their sons. Tragedy strikes. Down goes the freighter. Pi is left alone as the only human survivor. He has his pet Bengal tiger for company (damn good pet, right?). If Pi and his tiger are to survive, they will have to learn to be friends and to trust one another.

Life of Pi Quote: Faith is a house with many rooms. But no room for doubt? Oh plenty, on every floor. Doubt is useful, it keeps faith a living thing. After all, you cannot know the strength of your faith until it is tested.

If Pi is your favorite spiritual character: You are an adventurer full of strength.

7: The Fountain / Tomas [Watch It On AMAZON] 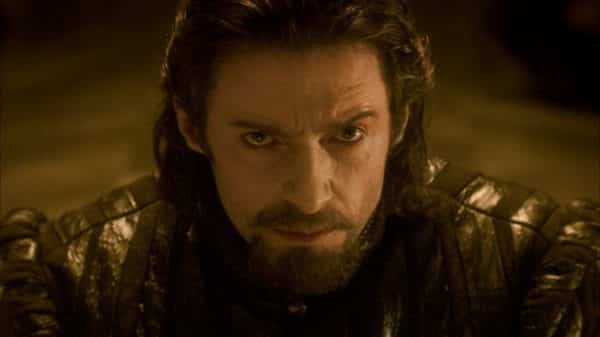 Perhaps no film has elucidated the beauty and power of meditation better than The Fountain, one of Hugh Jackman’s lesser-known works.

As a meditation teacher, this has to be one of my best spiritual movies. It’s just beautiful.

In The Fountain Hugh Jackman plays Tomas, a man who journeys through time on a quest to cure cancer for this wife and also to realise the philosophical truths of reality.

Definitely an “out there” movie, The Fountain is worth watching for its unique story (well, that and for Hugh Jackman, my favourite actor in the world (partly because Marlon Brandon is no longer with us)).

The fountain Quote: All these years. All these memories. There was you. You pulled me through time.

If Tomas is your favorite spiritual character: You have overcome struggles and grown because of it. 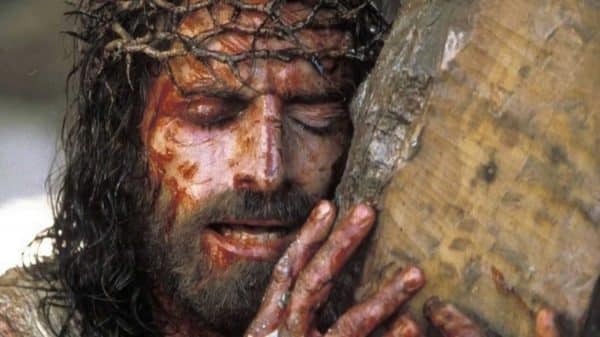 Could there be any doubt that Christ would make it onto this list at some point? Not only is he… er… Christ, but he’s also one of the most prolific spiritual characters in film.

From The Last Temptation to The King Of Kings, Jesus Christ has appeared in many wonderful film. But perhaps the best spiritual movie he has appeared in is The Passion Of The Christ. The scenes of Jesus being tortured truly (and painfully) bring Christ’s story to life. Whether you’re Christian or not, you will most definitely be moved by Mel Gibson’s The Passion Of The Christ.

This is definitely the best Christian movie of recent times, and one of the best spiritual movies ever.

Passion Of Christ Quote: You know that I am the Way, the Truth, and the Life.

If Christ is your favorite spiritual character: You are a noble spiritualist, always placing the needs of others first. Why not try meditating on Jesus. 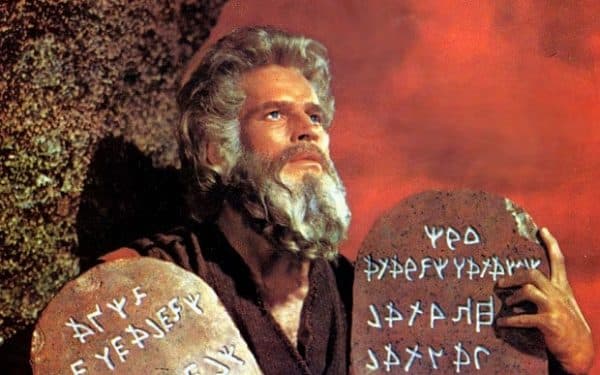 Another of the best Christian spiritual movies ever. This is an absolute classic.

Do you love old movies? Do you love epics? Then by Jove are you going to love The Ten Commandments, one of the greatest epics of all time.

It’s the story of Moses (Charlton Heston) who’s enjoying the privileged life in the court of an Egyptian pharaoh). One day he’s hit with the news that he’s actually Hebrew, and God has expectations of him. He casts himself out of his princely palace into the streets with one mission: to free his people.

IF Moses is you favorite spiritual character: You are a leader of your people.

Quote: There is beauty beyond the senses. Beauty like the quiet of green valleys and still waters. 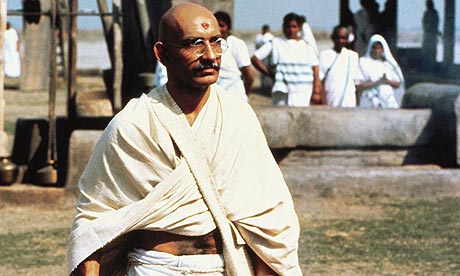 There’s no way I could complete this list of the best spiritual characters without including Ghandi.

Now I know what you’re thinking “Paul, you only put this flick on the list because it came out in your birth year (1982)”. But hold your horses, Jack. Because Ghandi is actually one of the best spiritual movies of all time.

Ghandi is played by Sir Ben Kingsley in arguably his best role ever. And the screenplay is wonderfully writ, so fine indeed that even Shakespeare would probably watch it twice.

Ghandi Quote: An eye for an eye leaves the whole world blind.

If Gahndi is your favorite spiritual character: You have extreme levels of compassion.

3: Lord Of The Rings (Gandalf) 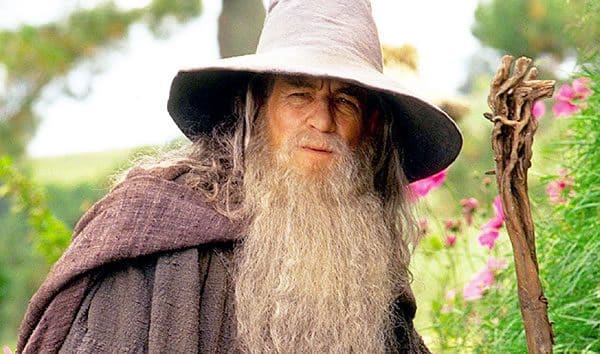 Not an overtly spiritual character, Gandalf nevertheless inspires a lot of spirituality and philosophy from readers and viewers alike. And the Lord of the Rings is definitely one of the best spiritual movies ever.

A great character for quotes, Gandalf’s one-liners include such brilliant lines as “All you have to do is decide what to do with the time that is given to you”. And “I will not say do not weep; for not all tears are an evil”. But my personal favourite has to be, “He that breaks a thing to find out what it is, has left the path of wisdom”.

The Lord Of The Rings is one of the best spiritual movies of all time, so good that when I saw The Battle Of Pelennor Fields for the first time I had chills running down my spine and proclaimed out loud in my head “That’s why I write fiction: to try and make something as epic and moving as this scene right here”.

Gandalf Quote: Some believe that it is only great power that can hold evil in check. But that is not what I have found. It is the small everyday deeds of ordinary folk that keep the darkness at bay. Small acts of kindness and love.

If Gandalf is your favorite spiritual character: You are inwardly still and wise. 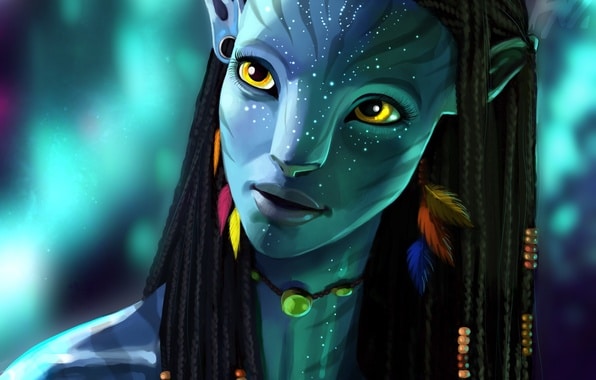 Avatar is my personal best spiritual movie. Take a look at this article about the amazing inspirations behind Avatar.

Religions and spirituality had a hugely influence on James Cameron. Especially for Avatar.

Avatar is the best spiritual movie of the century (and the highest grossing movie of all time, even beating The Force Awakens).

Avatar is all about Pandora, a land which happens to be loaded with a mineral that is more valuable than gold. Humans want it. But the land is also incredibly intelligent and even the grass and trees are alive and connected to one another similar to how synapses are connected in the human brain. Long story short, humans fight the Navi over the land. It’s awesome.

What’s particularly awesome about Avatar, though, is Neytiri. She’s essentially an alien style native-Indian character—she loves the land and feels oneness with the animals just like you, me, and all our spiritual friends do.

Neytiri is what non-spiritualists would call a “tree-hugging hippy”. But man do I love her for that. She is without a doubt one of the best spiritual characters of all time.

Neytiri Quote: Our great mother does not take sides. She protects the balance of life.

If Neytiri is your favourite spiritual character: You are one with mother nature. 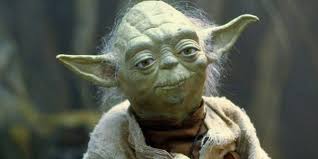 Did you know, you can actually do yoda’s meditations in real life? Take a look at that link. It’s a real eye-opener.

Yoda is, without doubt, the most influential spiritual character of all time.

Our “Little green friend” has inspired millions of people around the world to embrace spirituality and to tap into their philosophical side.

Throughout all Star Wars film [well, except The Force Awakens] Yoda gives brilliant quotes that are bound to inspire. “Do or do not, there is no try” he says in Empire Strikes Back. “Fear leads to anger. Anger leads to hate. Hate leads to suffering” he says in The Phantom Menace.

Not only did Yoda sell millions of little green figurines, he also struck a deeper chord with Star Wars fans, making them consider spirituality and philosophy from a young age, helping us all to be a little deeper, a little more in touch with The Force. And, if I am honest, I probably would never have gotten into meditation had six-year-old me not wanted to become a Jedi (yeah, I know. Still, it’s better than going into the sewers in search of Teenage Mutant Ninja Turtles, as many TMNT fans did in 1990).

I would have put every Jedi from Star Wars on this list if I could have. But I only get one. And that one has to be Yoda.

Yoda Quote: Do or do not. There is no try.

If Yoda is your favourite spiritual character: You are a wise old soul full of secret powers.

NEXT: See my list of the best spiritual blogs.