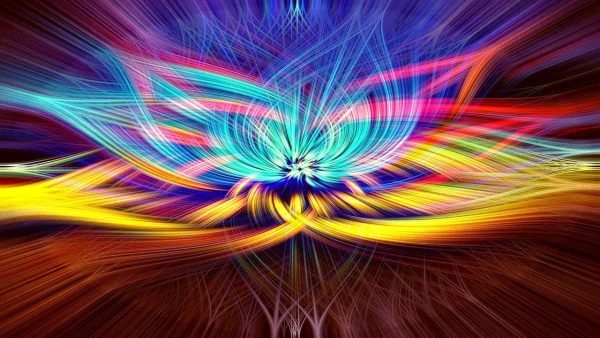 A new chakra app, Being Centered, on iOS, Android, Windows, Mac and Oculus VR, gives you a guided meditation and a tour of your chakras so you can learn this powerful spiritual healing system.

The seven chakras are a popular topic in yoga and meditation classes. They are literally “Wheel” of energy in the body. The Root, Sacral, Solar Plexus, Heart, Throat, Third-Eye, and Crown chakra are each important to our wellbeing in individual ways.

Opening the seven chakras (which is traditionally done with Chakra Dhyana Meditation) brings with it myriad benefits for your overall health and wellbeing.

Over the years, people have used many different techniques to open the chakras, ranging from chakra stones to yoga. One new way to open your chakra, however, is with a chakra app. Downloading a good chakra app to your phone or computer gives you an interactive way to learn about this spiritual healing system and to do exercises that will help you to activate those chakras.

One app that I came upon recently is called Being Centered, it comes from developer MindBodyAwarenessApps, a developer focused on creating apps to help people learn traditional health systems. They also have another called Six Paths, which instructs users about the “six paths that any human can take at any time: being more Friendly, Flowing, Knowing, Nourished, Balanced, or Grounded.”

My Thoughts On The Being Centered Chakra App

The Being Centered chakra app, which is available for free on iOS, Windows, Mac, and Android, teaches us about the chakra system and how to open the chakras [here’s a link to it on the PLAY STORE].

It has a guided meditation, as well as a “tour” that allows you to learn about the individual chakras as you choose.

When you open the app it says, “I exist because the seven chakras make me the way I am”. An important reminder of how the chakra system influencing our state of being.

You can then choose between one of the different chakras, a 2-minute or 30-minute meditation, or a “New Activity”. Choosing one of the chakras will show you information about the chakra and what happens when the chakra is blocked or open. 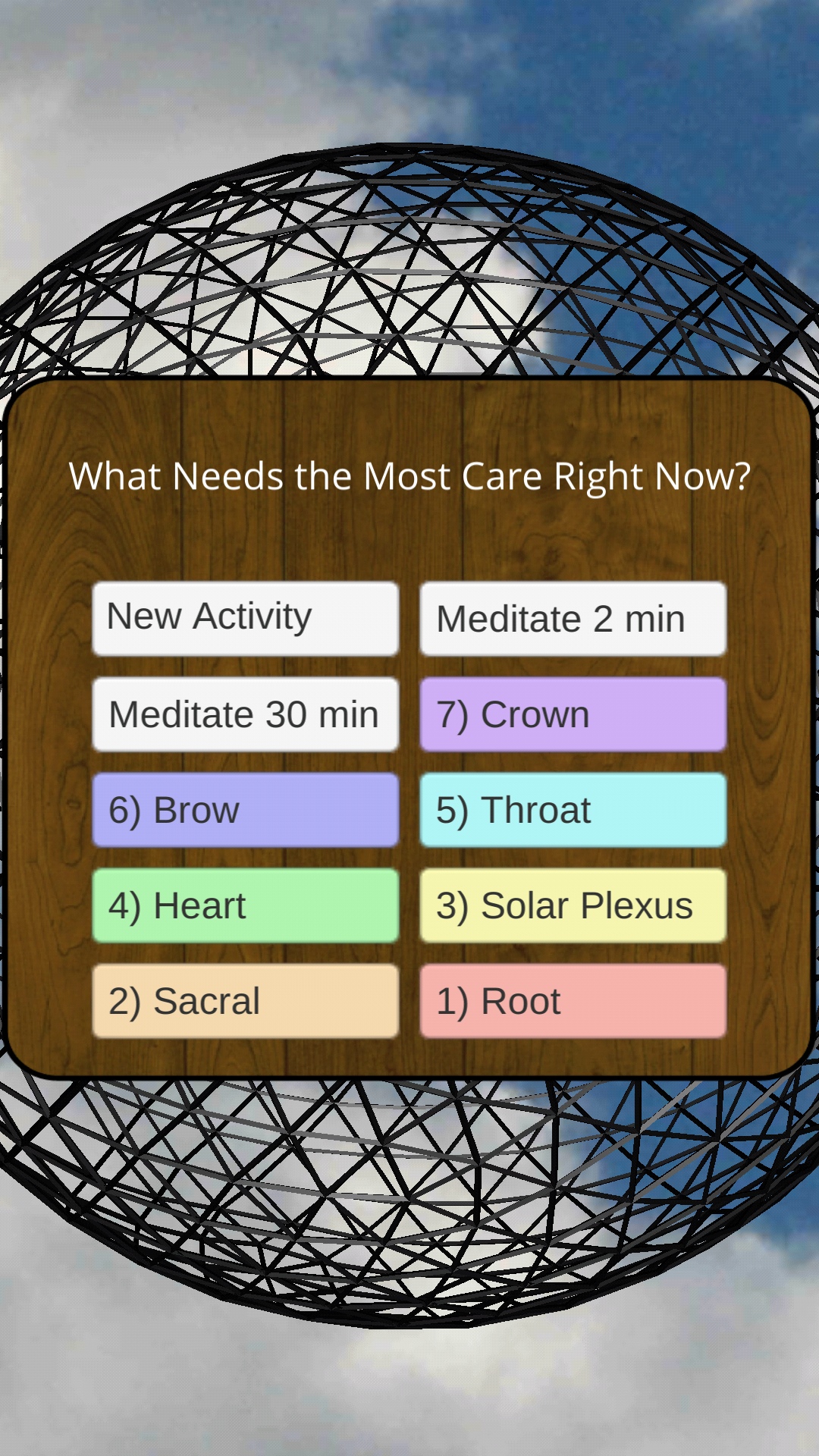 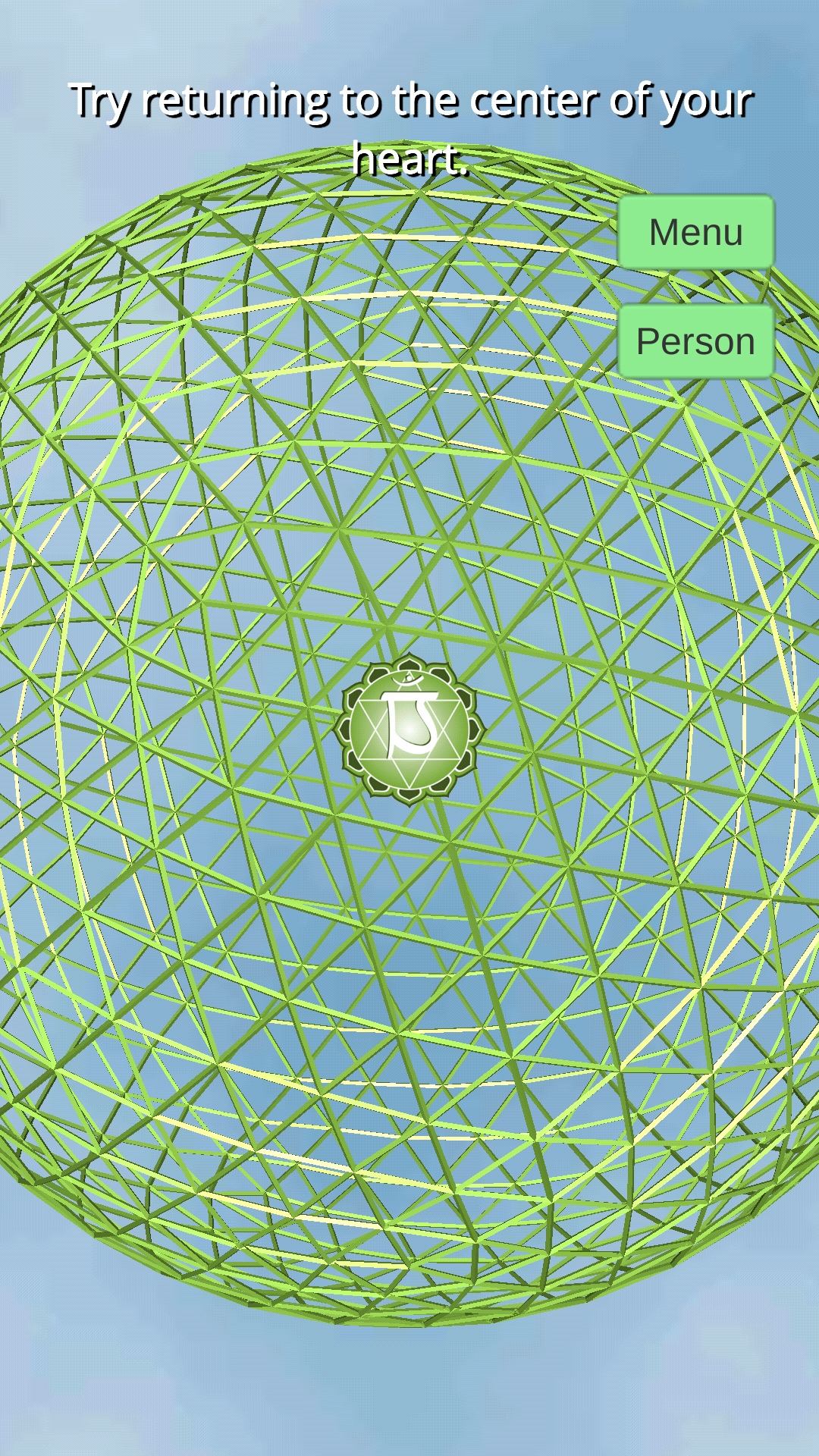 While I enjoyed doing the chakra meditation, I will say that the audio quality could be a little better. It sounds as though the developer is talking in an echoey room into a computer mic. A little bit of sound mixing would make the audio sound much more professional.

What I liked most about the app is its simplicity. It is very easy to use and you can immediately start doing a chakra meditation, which is timed. Plus, the fact that you can choose between two minutes or thirty minutes means that you can do a quick or long meditation depending on how much time you have.

Returning To The Center

When you use the Being Centered chakra app, you might notice how many times the narrator tells you to “return to the centre of [your heart, throat, etc.]”. Returning to the centre is vital to our health and wellbeing.

Too often in life, our consciousness gets dragged off course. We lose balance as we become consumed with information, thoughts and feelings. One of the main benefits of meditating on the chakras is that it helps us to connect with our inner energy.

Spending 30 minutes a day meditating on the chakras via the app will help to rebalance your energy, so you can return to that purer state of being.

Have you tried the Being Centered app? What did you think of it? Leave a comment below.