One question I sometimes get asked as a meditation teacher is, “Why does meditation make me angry?”

If you feel angry after meditating, you might be tempted to stop. And I wouldn’t blame you. But I advise you to continue to meditate. You will start to see the benefits before too long.

The best idea is to learn why meditation makes you angry, and then make some changes in the way you meditate. Let me show you how.

Why Meditation Makes You Angry

There are a few different reasons why meditation makes you angry: 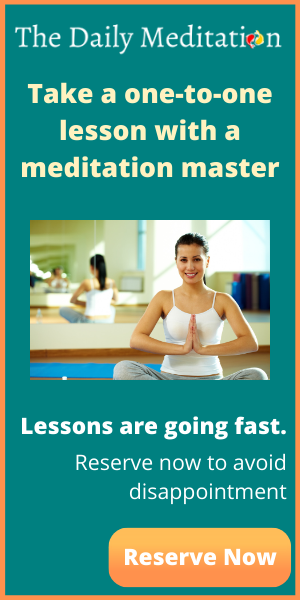 If you’re not accustomed to meditating, it can be hard to just sit there and focus on your breath.

It’s only natural for your mind to react when you try to do nothing. Because your mind is so accustomed to noise and information, it can feel jarring to simply stop. Your mind thinks, “Why am I doing nothing? I’m missing out on something! Give me stuff to think about!” And so, your mind becomes angry because it is not being stimulated.

That doesn’t mean that meditating is a bad thing, though. It’s just that you’re not accustomed to it. If you stick to meditation for a few weeks, you will soon feel okay doing nothing, which is great! Because your mind shouldn’t be constantly filled with noise and stimulation. It needs quiet times.

Maybe meditation makes you angry because of unwanted thoughts and emotions

Another reason why meditation makes you angry is that it brings up unwanted thoughts and feelings. 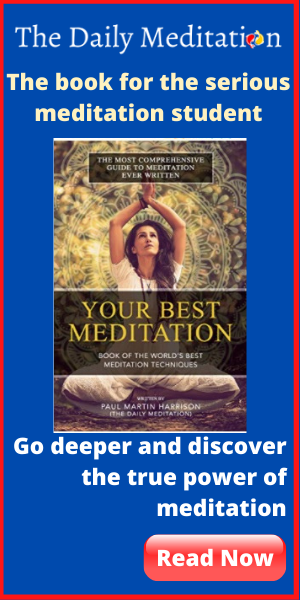 Many people ignore their thoughts and feelings. They busy themselves with noise, with TV and social media, as a way to distract themselves from acknowledging unwanted thoughts and emotions.

Ignoring your thoughts and feelings, however, is not healthy. In fact, it can lead to a mental breakdown. Too many people ignore their feelings until they blow up in their face. It’s an unwise strategy.

When we meditate, we become aware of the thoughts and feelings that we may have been ignoring. It’s not unusual in meditation for people to suddenly realise that they have spent years feeling bad about something (like their job or relationship) but have been ignoring it. Then you meditate, and you suddenly realise that you have painful thoughts and emotions.

Obviously, realising that you have painful thoughts and emotions is not going to make you happy. It could make you depressed, anxious, or angry. However, even if meditation makes you angry, it’s not necessarily a bad thing.

It is better to meditate and feel angry because you realise you’re unhappy about something than it is to ignore your feelings until they blow up in your face.

Meditation gives you an opportunity to deal with painful thoughts and feelings. And that’s good.

When you feel angry during meditation, ask yourself: is this an emotion I’ve been feeling for a long time and just ignoring? If so, it is better to acknowledge your feelings now than to ignore them.

It’s only natural to want to get things out of meditation. You want to relax. You want to feel happy. Maybe you even want to become enlightened. And when you don’t get what you want, you feel angry about it. That’s just life, isn’t it?

Or you might just be doing the wrong method

It’s a sad truth that many people learn meditation incorrectly online. If you take a look at the average website, you will see that they tell you that X or Y technique is easy, but they don’t tell you that actually, it can take years to train your mind to the point where you are able to do advanced meditations.

Maybe you’re doing a meditation that is too hard for you now, or one that simply isn’t the right method. If that is the case, try a different technique (see our menu, which has a list of all major meditation techniques and corresponding guides).

If you’re new to meditation, you should probably just do mindful breathing (which is the best place to start). Don’t try an advanced method (like Merkaba or Kundalini), just stick to the basics. Sit and observe your breath.

Those are the main reasons why meditation makes you angry

I’d like you to take away the following from this article: Anger isn’t always bad; sometimes it’s just natural.

Your anger could be pent up emotions that actually need to come out. If so, you’re better handling them now than letting them go unnoticed.

Or it could just be that you’re meditating incorrectly or are being impatient. If that’s the case, try to continue to meditate once a day for twenty minutes a day for eight weeks, and also consider doing a different technique.

Trust me, if you meditate correctly and stick to it, it will work.