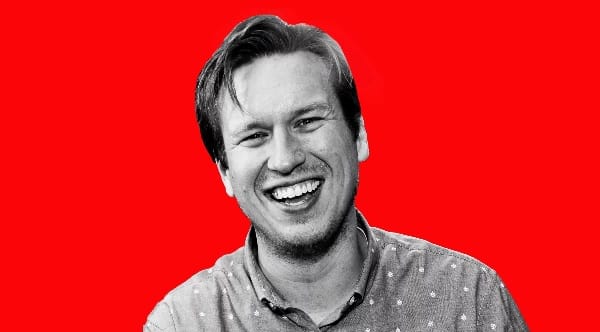 Canadian Pete Holmes, the star of the HBO show Crashing, has a lot to say about religion, spiritual, and Ram Das. And he will probably leave you grinning with his enlightening thoughts.

Speaking with Observer, Pete Holmes has called out religion for being “exclusive and judgmental of [people with different religious or spiritual beliefs]”.

Pete Holmes, a Christian since childhood, believes that religions should open themselves up to be more inclusive and less judgmental.  In his new book, Comedy Sex God, Holmes aims to unite religions by not talking exclusively of his own Christianity, but by discussing the point on which all religions agree: the identification of a soul or a pure form of consciousness.

Holmes states that it was by identifying his own soul, or infinite consciousness, that he himself found inner peace and a sense of spiritual enlightenment.

A comedian, Pete Holmes states that he finds himself naturally drawn to the likes of Ram Das [American Spiritual Teacher], a guru famous for combining the deepest wisdom with a pinch of comedy and zaniness.  “Ram Das is my favorite comedian,” says Holmes. “I really love the spiritual teachers. I find them very funny. I think wisdom and truth are really funny,” he tells us.

And he agrees with Ram Das that the central purpose of religion and spirituality is to help us identify with our purest form of consciousness.

Ram Dass: We Are Awareness

The problems Holmes has with the church is that it is what he calls a “transactional model”, one that punishes individualism. It is the sense of, “If you behave according to this code, God will love you, and if you do not he will punish you.”

Holmes, however, does state that despite its judgmental nature, he found the Christian church to be an important point of safety for him in his early life. “I wanted to be very careful not to just demonize the church. It was the first place where I felt really safe and accepted, the first place where I tried stand-up and got supportive encouragement. My parents were supportive, but unlike junior high or high school, in the church everybody was sort of bound by faith to be kind, and it shed a little light on my dream and let it blossom a bit.”

Nevertheless, the constrictive judgmentalism pervades religion.  And it can have a crippling effect on the mind.

This constricted sense of right and wrong can lead us to internalise. We see life as being judged by the rules of a religion, and if we ourselves or other people do not live by that religion, we are wicked and should be punished. It is the suffocating of individual expression.

It’s this lack of individual freedom that Holmes is against.

Holmes calls on religions to be more accepting of people, and for people to develop more self love

What Holmes is calling religion out for is a lack of tolerance.

He believes the judgmental nature of religion stops freedom of expression and leads us to deny our true selves. This, he says, is against the very concept of self love, which should be achieve through acceptance of ourselves. And that to achieve this we must recognise and accept the purest form of ourselves, our pure consciousness.

“[What religions are really about is asking you to] love the part of you that is me, that isn’t me at all, that is just is-ness,” he says, talking to Salon. “I like pointing out that when Moses asked God, in the Old Testament, what his name was, He said, “I am.” God is I am-ness. The quality of being is, what God as consciousness, is-ness, is God, and you are a piece of that is-ness.

Comedians appear to be flocking to spiritual teacher Ram Das in droves these days.

Ram Das has been mentioned on podcasts like The Joe Rogan Experience, You Made It Weird, and Duncan Trussell Family Hour. He is the spiritual teacher that comedians are naturally drawn too. And it’s easy to see why.

Ram Das himself is famous for his somewhat crazy stories. A man who left a career teaching at Harvard to travel to India on a spiritual quest where he met a spiritual guru called Maharaiji and took a lot of LSD. He’s a natural born adventurer.

Ram Das is funny too. He talks about the deepest aspects of spirituality in the more carefree way. He actually makes spiritual science funny and fun. And it’s a style of spiritual teaching that is all the buzz these days.

And despite all that adventure and comedy, he is a serious spiritual teacher as wise as any man you’ll meet.

What spirituality needs in 2019 is a pinch of good humour

With the likes of Pete Holmes and Ram Das, spirituality is getting precisely what is needs in 2019. It’s getting a friendly face that makes us smiles while also educating the masses on the deepest aspects of spirituality.

If this is the future of spirituality, if we are to take spirituality more lightly and to discuss it with a laugh and a smile, it can only help our cause.

So, let’s share spirituality in the new way: in the happy, funny, always grinning way.

Paul Harrison is a yoga teacher, meditation teacher and writer. Paul has helped thousands of people to discover their true potential through mindfulness, yoga and meditation.