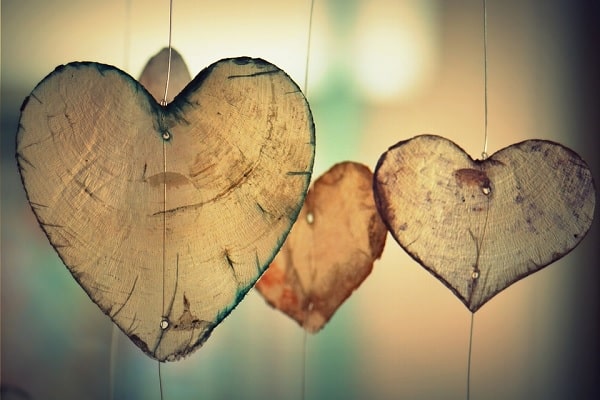 If you’re looking to improve heart health, yoga should be your go-to exercise, according to breakthrough scientific research.

A team from India presented a scientific study at the European Society of Cardiology congress in Paris. The team showed that three months of practicing yoga at home and breathing exercises greatly reduces the risk in complications following surgery. They also discussed the numerous other benefits of yoga for heart health.

The study’s test participants were all recovering from heart attack surgery. They were given one hour of breathing exercises per day. Those who followed the routine were shown to have a 16 percent reduced risk of death within five years of their surgery.

The study reveals that practicing yasanas oga and breathing exercises helps the heart to pump blood around the body more efficiently.

This is huge news for the millions of people in NA suffering from heart health problems.

Every 40 seconds a person in North America suffers from a heart attack, and 14 percent of those people will die from it.

The patients were given the following routine:

Those patients who followed the practice were shown to have an average of 16 percent less risk of dying within five years following heart attack surgery.

“Practicing asanas can help control high blood pressure and risk of disease,” says Professor Jeremy Pearson, associate medical director at the British Heart Foundation. Of course, yoga and meditation also have additional benefits, such as reducing stress and stopping anxiety, which can have a negative effect on the heart. Yoga and meditation also help to improve willpower, which can lead to healthier lifestyle choices, such as stopping drinking and quitting smoking.

Of course, it isn’t just heart attack surgery patients who can benefit from yoga. There are many powerful heart- benefits of yoga we can all take advantage of.

Of the main types of yoga, most offer massive benefits for the heart. And whether you are looking to improve your cardio when working out, or to improve a condition such as high blood pressure, yoga can definitely help.

Here are four  of the best heart health benefits of yoga.

We all know that an active lifestyle is imperative for the heart. And of course it is essential to make healthy lifestyle choices. Inactivity is rated the number one killer of both men and women in North America according to the American Heart Association [1]. And it is also probably the easiest thing to change about your health: simply get more active.

Many people, however, struggle to become active, and this has a massive effect on their heart health. Research shows, however, that practicing asanas actually helps people to make other lifestyle changes such as adopting a healthy diet and being more active [2]

Stress has a profoundly negative effect on heart health [3]. Yoga benefits the heart by cutting out the stress.

This is partly because stress leads many people to adopt unhealthy habits such as smoking, drinking and the use of narcotics. And stress also has a direct effect on blood pressure and cholesterol levels.

Stress can also lead the body to create pains, particularly headaches and stomach pains, and can also stop you from sleeping at night.  Being stressed leads the body to release adrenaline, which increases breathing rate and heart rate and causes high blood pressure.

One of the main benefits of yoga for heart health is that it massively reduces stress. In 2017 the journal Reproductive Biomedicine Online revealed that it reduces stress by making us more active and by focusing the mind on breathing through the practice of pranayama. Another way to use it to reduce stress is through the lesser known technique of Prayahara [sensory withdrawal].

It has been proven that meditation reduces blood pressure.

Yoga could have the same effect. This is especially true for Iyengar, according to research published by the National Institute of Health.

In the study researchers divided the group in two. They gave one half of the group 12 weeks of Iyengar practice.  The other half made nutritional adjustments. After the twelve weeks the study researchers found that Iyengar had a significant impact on stress levels. The authors of the study concluded,  “Twelve weeks of Iyengar produces clinically meaningful improvements in 24-hour systolic blood pressure and diastolic blood pressure.”

This is backed-up by a 2017 study published by the Journal Of Alternative And Complimentary Medicine that showed that yoga decreases both systolic and diastolic blood pressure.

One common heart heath problem is Atrial Fibrillation, which is irregular heartbeat that can cause stroke. In 2015, the Journal of Arrythmia published a study that showed that practicing yoga reduces the number of times A-fib patients have episodes. The patients also had improved quality of life.

If you want to improve heart health, yoga helps in many powerful ways.

You don’t have to be a master either. The research shows that you can get most of the heart-health benefits of yoga within a few weeks of starting.

Not only that, research also shows that it helps us live healthier lives in general. People who practice yogic execises are more likely to make healthy choices that increase heart heath, such as changing diet and becoming more active. And it can help reverse the effects of aging, meaning we can stave-off heart problems for longer.